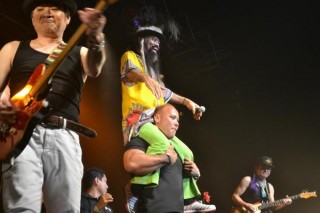 Okinawan rock’n’ roll celebrates achieving of the respectable milestone of 50th anniversary in style next weekend at Koza Music Town and the 7th Heaven Koza.

The Americans brought it to Okinawa, and the locals quickly embraced rock n’ roll music, often integrating it into the local cultural music scene.

Hard to believe, but it’s been 50 years since rock n’ roll arrived, and big-time celebrations are scheduled for Saturday and Sunday, June 8th and 9th, to pay homage to the music of then, and now.  Music Town Oto-Ichiba in Okinawa City is the venue, with doors opening at 5 p.m. on the 8th for a musical evening beginning at 6 p.m.  Sunday the action switches to 7th Heaven Koza, where the music begins an hour later, at 7 p.m. 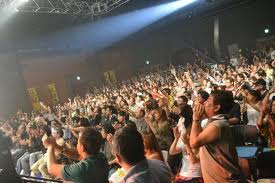 ‘Okinawan Rock Will Never Die!’ is the slogan for the anniversary served with plenty of rock’n’roll, of course.

This year’s theme is “Okinawan Rock Will Never Die!!!”  This event is a special concert held each year on the day of Rock, June 9th.  6 (June) is “Roku”, and 9 is “Ku” in Japanese. From every place within Okinawa prefecture, many rock’n’rollers will concentrate to Okinawa city!! If you love rock’n’roll, it is a big event not to be overlooked. The Okinawan rock’n’roll bands such as ZODIAC, S.K.P, 8 Ball, mickey-row, Ven Deehen, Okinawa Rock Association All Stars among others. will appear.