The Princess Moon mango and shiqwasa set made by Okashi no Porshe, a confectionary company in Yomitan Village, was awarded the highest prize, the Honorary President’s Award, at the 26th National Confectionary Exposition held in Hiroshima Prefecture in May. The exposition, which has a history that goes back over 100 years, is organized every four or five years in a different town each time

Okashi no Porshe pocketed the same highest award back in 2008 with their Beni-imo tart (sweet potato tart).

The Sweets Bazaar conducted at the exhibition had a total of 1008 kinds of different sweets from all over Japan on sale, and three sweets from Okashi no Porshe were among the top 10 sellers at the bazaar.

Kazuko Takushi, the president of Okashi no Porshe said “I am so glad to recognize that Okinawa Island and our sweets are popular even in mainland Japan.” 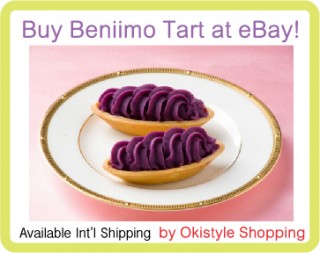 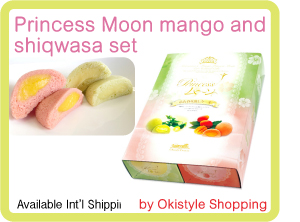