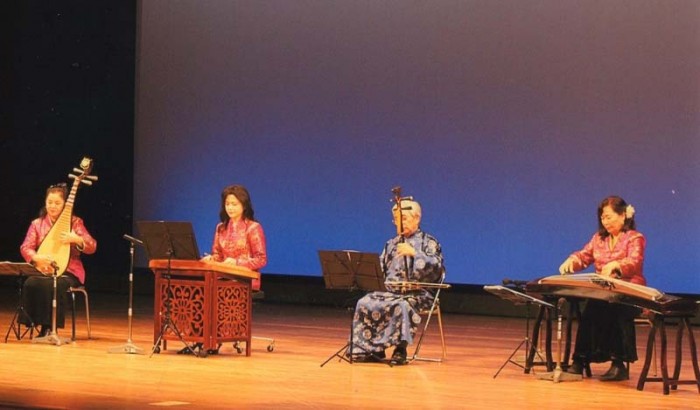 Traditional Chinese instruments such as (from left) Biwa, Youkin, Niko (Erhu) and Yokin are the focus of the Silk Road Concert on Sunday.

Musicians performing Sunday at the Silk Road Music Concert at Okinawa Prefectural Museum are putting Chinese instruments to good use in this China-centered concert. 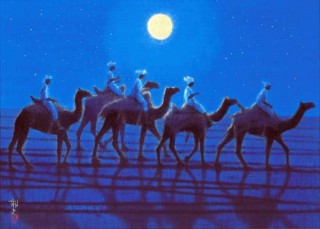 Besides goods traders on the famed Silk Road helped to spread ideas, technology and religions between Asia and Europe.

There are two free concerts, one at 1:30 p.m. and a second at 3:30 p.m. Both will be in the Entrance Hall to the Okinawa Prefectural Museum & Art Museum.

Thes free concerts focus on musical developed in China along the eastern end of the famed silk road that connected China with Europe. This music is performed using Chinese instruments such as Biwa, and Youkin, the prototype of a piano, also known as “yang chin.” Also known as the Chinese hammer dulcimer, this string percussion instrument originated in the west and became a Chinese traditional instrument. The body is made of wood from an Asian pear tree, and strung with 144 strings which are tapped with two bamboo hammers to produce sound.  Also in the performances are the Niko, a two-string violin like instrument, also called erhu, and the Yokin, the prototype of Japanese Koto, creating an exotic sound.

The Silk Road is a historical network of interlinking trade routes across the Afro-Eurasian landmass that connected East, South, and Western Asia with the Mediterranean and European world, as well as parts of North and East Africa. The Silk Road includes routes through Syria, Turkey, Iran, Turkmenistan, Uzbekistan, Kyrgyzstan, Pakistan and China.

Extending 4,000 miles (6,437 kilometers), the Silk Road gets its name from the lucrative Chinese silk trade which was carried out along its length, and began during the Han Dynasty of 206 BC~220 AD. The central Asian sections of the trade routes were expanded around 114 BC by the Han dynasty, largely through the missions and explorations of Zhang Qian, but earlier trade routes across the continents already existed.

Trade on the Silk Road was a significant factor in the development of the civilizations of China, the Indian subcontinent, Persia, Europe and Arabia. Though silk was certainly the major trade item from China, many other goods were traded, and various technologies, religions and philosophies, as well as the bubonic plague, often called the “Black Death”, also traveled along the Silk Routes.