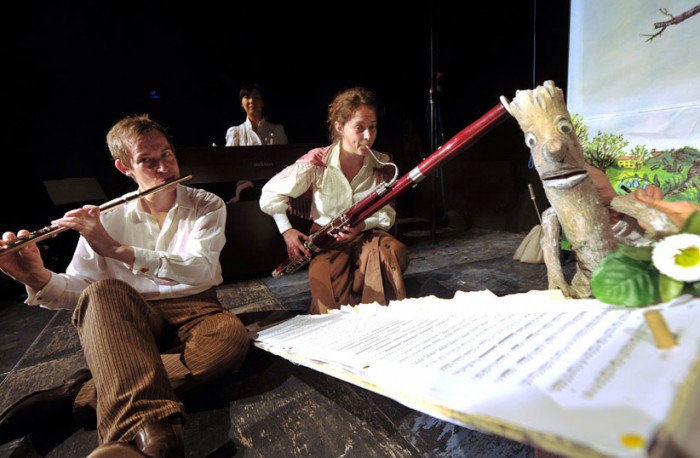 Music is and essential part of many of the performances like this called “The Stickman.”

The Kijimuna Festa 2013, an International Theater Festival in Okinawa catering to the young audience, is finalizing its program for an eight-day run beginning July 20th. 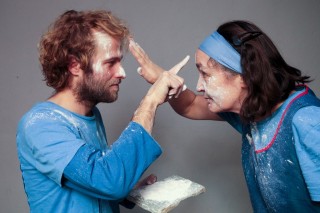 Theatrical performances at the Kijimuna Festa range from comical to serious.

The festival film screenings will run daily beginning at 11 a.m., and run until about 8 p.m. each evening through Sunday, July 28th, at Ashibina Theater in Corinza Mall, Okinawa City Community Center and Okinawa Chamber of Commerce and Industry.  There’s more to the festival than films, which this year is operating with the themes Theater is Nuchigusui, ‘Nuchi du Takara’ is the spirit of Okinawa, Protect and hand down life even in hard times, ‘Nuchigusui’ is what supports ‘Nuchi du Takara’, and ‘Nuchigusui’ nurtures spirit and life.

The festival includes both workshops and symposiums, as well as the films.  Admission to seminars and symposiums is free, with bookings on first-come basis.  Reservations can be made through the Kijimuna Ticket Center in person or by phone or fax, stating the interested program, number of people booking, and your name. 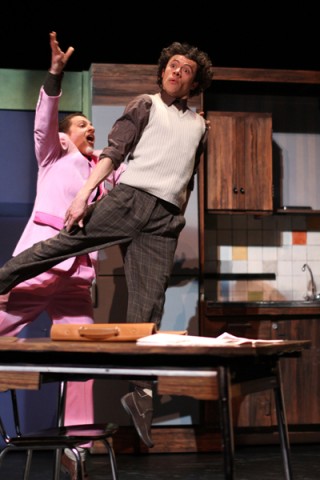 Serious of comedy, all shows are suitable for children.

The festival tries to develop nature and culture as being essential for human beings to live fulfilling lives, and it is our – adult – duty to create the environment that children can have an access to culture and art. Kijimuna Festa, which officially started in 2005, seeks to be the place of cultural exchange across borders and languages. It hopes both children and adults will nurture their sensitivities through the encounter with the quality arts and it will lead to the revitalization of communities in families and areas as well as widening the friendship with people from other countries.

Kijimuna Festa is linked with the geographical space, i.e. the World, in terms of the international interaction, and with the historical space in terms of the cultural inheritance. It means the festival is attached with the root of culture, education and human beings. We see the joy of rediscovering those roots in the feedbacks from the audiences.

What is Nuchigusui…? In addition to it being the program theme this year, t means “medicine for life” or “medicine for long life” in Okinawan language.

However, this ‘medicine’ is not just a normal medicine. It is a nutritional medicine for your life. For example, we often say “Oh, it was a good Nuchigusui!” after seeing a moving performance. Also In Okinawa you often hear the proverb, “Nuchi nu takara” which means “Life itself is our treasure.” It is the precious word we have learnt from our experience of the wars and the history of difficulties. It is the lesson from our ancestors that we must be brave to protect our lives however tough the situation. “Nuchigusui” is the energy, which supports our precious treasure: life. The people in refugee camps who survived the battle of Okinawa celebrated their survival as well as their lives with Kankara Sanshin made from American military waste cans. The sound of Kankara Sanshin was exactly the “Nuchigusui” for the survivors, after losing their families and their country, but the sound was also an initial cry telling the revival of Ryukyu performing arts that Okinawa boasts to the world.