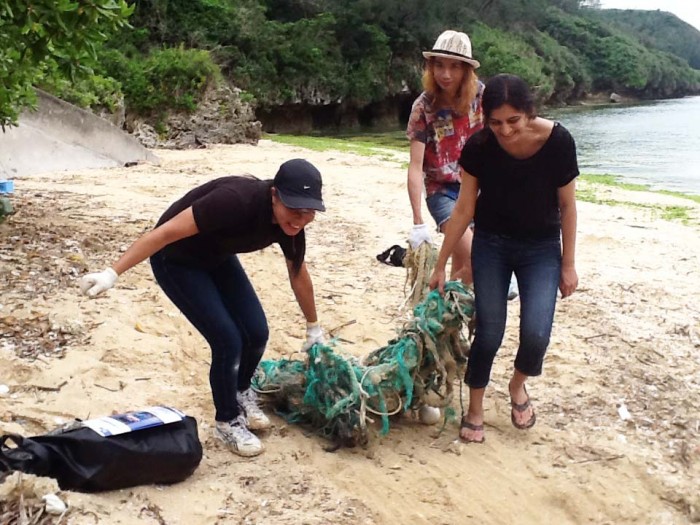 Oceans are choking in trash, especially plastic that does not deteriorate.

This comes about after a proposal on promoting ICC submitted by NPO Okinawa O.C.E.A.N., in collaboration with NOWPAP, was accepted for funding at the 18th Intergovernmental Meeting (IGM) of the Asia-Pacific Network for Global Change Research (APN) in April 2013.

NPO Okinawa O.C.E.A.N. was formed in 1995 by Okinawa International Clean Beach Club (OICBC) members focusing on a wide range of environmental activities. They aim to educate Okinawa’s youth on the importance of marine conservation and take direct action in trying to solve marine environmental problems. The NPO has been actively organizing beach cleanups and the “Okinawa Adopt-a-Beach / Reef” program, which encourages the public to participate in sustainable marine environmental conservation of the Ryukyu Islands.

The NOWPAP member states and partners will also share relevant experience at the workshop, which will be held at the Okinawa Institute of Science and Technology (OIST) Graduate University. The Beach Cleanup on October 26th will take place on Kuraha Beach in Onna Village.

Prior to the workshop, from October 22th to 23rd, the Okinawa NGO Asia-Pacific Environment Forum, will take place at OIST Seaside House, where NGOs will discuss on the theme of:

“World Chura (Beautiful) Oceans Towards the 22nd Century”. “Chura” is the Ryukyuan work for beautiful. Every 22nd of the month is designated cleanup date prefecture wide.

The recommendations from the NGOs will then be presented at the NOWPAP workshop.

As marine trash, especially plastic, are choking the ocean’s resilience, the forum hopes to create a new shift in policy and lead towards a World Ocean Renaissance by 2033 with a new baseline for stewardship from “Blue October” 2013.

October 26 will also see the OICBC’s I Love Okinawa Campaign®’s 20th anniversary with the first “Blue Peace Live” and pre-22nd Century BBQ party at the Coconut Moon Beach Bar in Onna Village next to the Renaissance Hotel. Sponsors wanted!