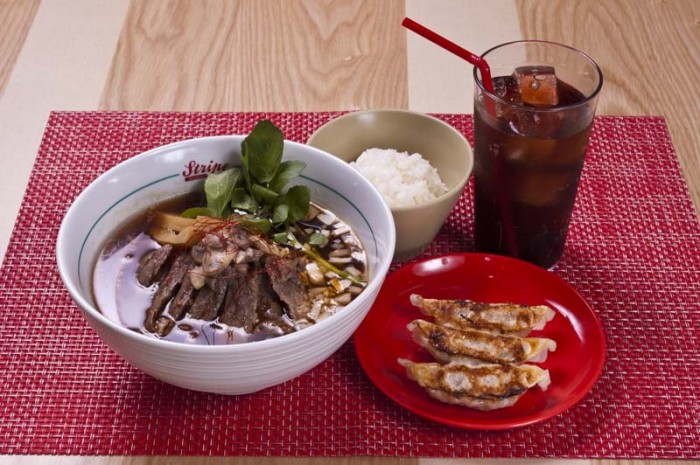 A bowl of hot ramen is the quintessential Japanese fast food meal, often accompanied with with a couple of gyoza dumplings.

To the uninitiated, ramen is a simple Japanese noodle dish that has also found its way into modern packaging than lends itself to simple cooking at home.  But is it? 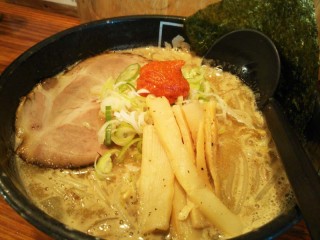 Although the shape and size of the noodles can vary, the broth is the secret.

Actually, no.  Ramen is anything but simple.  It’s complex, with varying styles of preparation in different parts of Japan.  About the only thing simple is that the basics involve only four ingredients: wheat flour, salt, and kansui, which is essentially a type of alkaline mineral water, containing sodium carbonate and usually potassium carbonate, as well as sometimes a small amount of phosphoric acid.  From there, the noodles are made, then served with meat or fish-based broth sometimes flavored with miso or soy sauce, and then mixed with toppings that include sliced pork, dried seaweed, kamaboko green onions, and sometimes corn.

Ramen noodles originated in China, and nobody really knows when or how it got to Japan.  Some theorize that it’s a variation on lamian, meaning hand-pulled noodles, while other translations of lamian are old noodles, noodles cooked in a thick, starchy sauce, or lo mein, meaning to stir.  Any way the pot is stirred, it was called Chinese soba until the 1950s.

The instant noodles were invented in 1958 by Momofuku Ando, the Taiwanese-Japanese founder and chairman of Nissin foods.  In Japanese polls, the instant ramen has been billed as the greatest Japanese invention of the 20th century.  Ramen has progressed to be a Japanese cultural icon, copied with varying degrees of good taste in many countries.

Ramen comes in various shapes and lengths. It may be thick, thin, or even ribbon-like, as well as straight or wrinkled.  That’s where the ‘simple’ stops.  There isn’t one Ramen. Combinations of ingredients have led to four distinct types of ramen.

Virtually every prefecture and city has its own specialty, or variation on ramen.

Sapporo, the capital of Hokkaido, is especially famous for its ramen. Sapporo miso ramen is typically topped with sweet corn, butter, bean sprouts, finely chopped pork, and garlic, and sometimes local seafood such as scallop, squid, and crab.

Kitakata in northern Honshu is known for its rather thick, flat, curly noodles served in a pork-and-niboshi broth.

Hakata ramen originates from Hakata district of Fukuoka city in Kyushu. It has a rich, milky, pork-bone tonkotsu broth and rather thin, non-curly and resilient noodles. Often, distinctive toppings such as crushed garlic, pickled ginger, sesame seeds, and spicy pickled mustard greens are left on tables for customers to serve themselves.

Over the next few weeks, Japan Update will introduce some selected ramen shops on Okinawa.