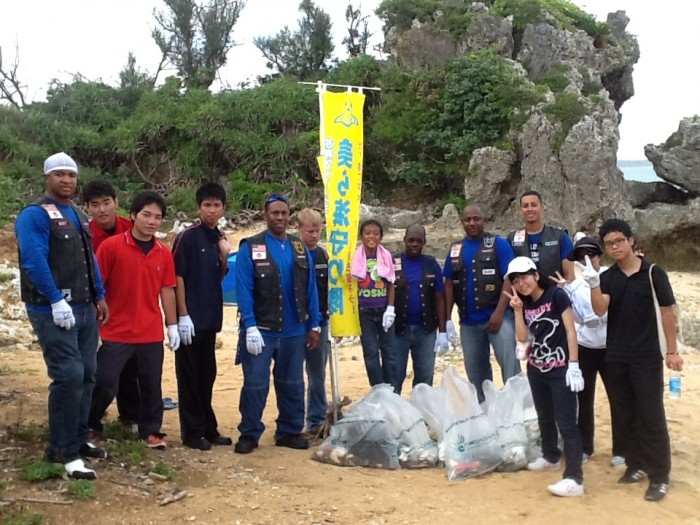 Several groups have joined us in cleanup efforts throughout the month of September, and a special thanks to them. 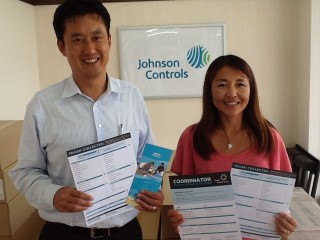 David and Yuri from Johnson Controls took charge of the company’s effort, and coordinated the cleanup with ICC.

Johnson Controls took the lead by not only getting staff and family out there but participated under their Blue Sky Involve presenting us with a $ 1,000 grant while coordinating a cleanup using the International Coastal Cleanup Ocean Trash Data Cards. Their cleanup started at the Chatan Fishing Port on a rainy day!  Thank you JC volunteers! 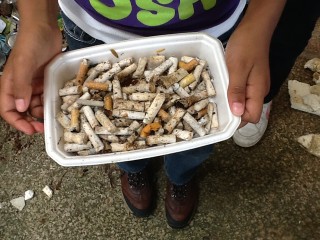 Guess how many cigarette butts were collected during the event to win a special prize.

There was also a bit drama. We found a bone most likely to be human so the Police Forensics Team paid us a visit.

Sep. 24th saw an international effort as Japan International Cooperation Agency (JICA), and members of Coast Guard and Maritime Officers group participating in the Special Training on Maritime Search and Rescue, Marine Disaster Prevention and Marine Environment Protection, were ready to lend an open hand and to get familiar with the ICC Data Cards. 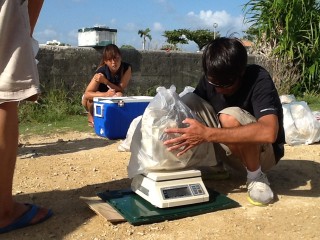 People taking part were from countries like Djibouti, Indonesia, Malaysia, Sri Lanka, Philippines and Vietnam.  It’s worth mentioning that the Philippines has the second largest ICC after the United States.

Diver members of the Onna UmiKire.jp used the new Bi-lingual Data Cards to record the trash. The beach cleaned was between the Onna Fishing Port and Nabi Beach.  After about one and half hour, a can full of trash was collected. 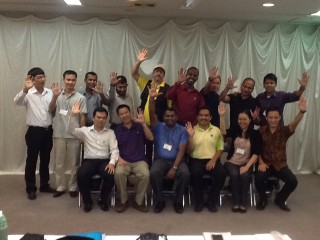 Additional cleanups are welcome from Sep. 22 through Nov. 11th. Entries for the Marine Debris Art Challenge will be accepted from NOW until Oct. 18, and will