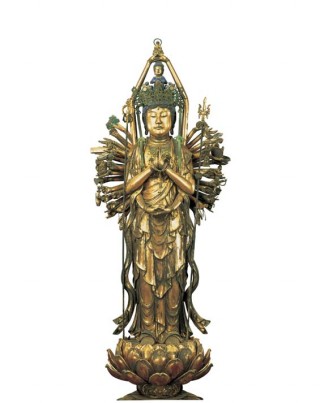 Anyone who has visited Kyoto and done any sightseeing there knows Kiyomizu temple.  It is a Buddhist temple perched on a steep hill overlooking the city, and a part of the Historic Monuments of Ancient Kyoto on UNESCO World Heritage list.

The temple was founded in 798, and its present buildings were constructed in 1633. So, this year marks the temple’s 380th anniversary. In 2007, Kyomizu Temple was named one of the New Seven Wonders of the World although it was not picked as one of the winning sites.

Kiyomizu Temple is one of the best-known and most famous temples in Japan. And one of the temple’s most famous events was started in the year 1995 when the chief abbot chose one kanji (Chinese character) to describe the year’s social conditions in Japan.

The temple takes its name from a waterfall, which is 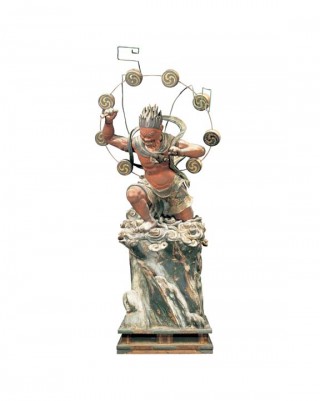 located within the temple complex with its name meaning “pure water.” A special feature is that not a single nail is used in the construction of its wooden structure.

As one of its 380th anniversary event, Kyomizu Temple has agreed to set up a special exhibition in the Okinawa Prefectural Museum & Art Museum that will run through Dec. 8th (Sun). The museum is closed on Mondays, but otherwise open daily, from 9 a.m. ~ 6 p.m., except Fridays and Saturdays until 8 p.m. The entrance is 1,200 yen for adults, for university and high school students 800 yen,  and for junior and elementary school students 600 yen. 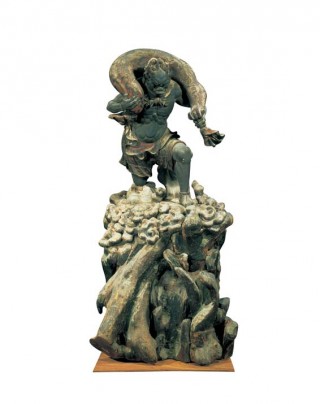