“Let’s do it!” aims to sustainable world without trash

This week I would like to introduce to you Pille Pirn from Estonia.  She is the Asia Regional Coordinator for an exciting cleanup campaign called “Let’s do it! World Cleanup.”  NPO Okinawa O.C.E.A.N. celebrates its new partnership with this pioneering and exciting global NGO and leader in sustainability.

“Let’s Do It!” unites countries all around the world to clean up the planet and raise awareness about the need to take care of it ourselves. The movement has joined nearly 9 million volunteers in one-day cleanup actions with the aim of joining 5% of the population of our planet in these campaigns by 2018. They are also actively working on the root causes of waste generation and mishandling.

“Let’s Do It!” is in the process of being accredited with the UNEP and has been nominated for the United Nations Prize in the Field of Human Rights. The prize is given out every five years to people and organizations, which have made an outstanding contribution to the promotion and protection of the human rights embodied in the Universal Declaration of Human Rights and in other United Nations human rights instruments. The right to live in a clean and healthy environment is no doubt a value that “Let’s Do It!” stands for, and our position is that in order to protect our planet’s and its people’s well being, it is necessary to act and do it now!

In Japan “Let’s Do It!” movement learned a lot from other organizations, and gained several future partners (like International Coastal Cleanup). We really hope we can join our forces and clean up the world. 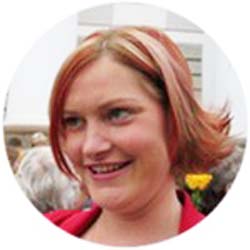 Pille Pirn joined us all the way from Estonia.  She visited Tokyo, Okinawa and Miyako Island in October as part of the Blue October events organized by NPO Okinawa O.C.E.A.N. We will be working together to expand the cleanup efforts in the Asia-Pacific Region.

The Let’s Do It Clean World Conference, will take place 6-9 February 2014 in Pristina, Kosovo.

“Ambitious to live in cleaner homes, towns, cities and countries, we have been coming together for two years to share ideas, knowledge and experiences. This year, the main focus of the conference will be the future of “Let’s Do It!” Simultaneously we will also work more thoroughly with the root causes of waste generation, and work out a model, how to make this planet clean country-by-country.

“Let’s Do It!” has now 110 countries in its network. It has been an interesting year. We have been nominated for the UN prize in the field of Human Rights, and we are in the process of becoming an organization in the consultative status with the UNEP. Kosovo, Bulgaria and Albania have organized massive cleanup days with more than 5% of people participating,” Pille states.

They have an interesting approach in attacking the trash problem at the source by mapping facilities, landfills and dumpsites. The World Waste Map is honest and real – “Let’s show together where the garbage is!” is their rallying cry.

It all begins with little steps – let’s do more than just notice the waste. Let’s put it on a map, and create together a powerful tool to communicate the illegal dumping issue. Later, the collected data can be used to prepare the logistics for the local cleanups.