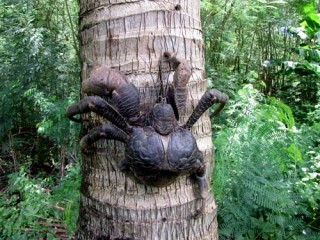 Officials at Miyakojima City, Miyako Island, announced the establishment a sanctuary for coconut crabs on four districts of the city totaling 1.6 million square meters of land.

By a new city ordinance it will be prohibited for 20 years to capture coconut crabs within that area starting next April. The city has taken the action in order to prevent the decline of the species. Miakojima City also intends to create a program to breed coconut crabs for both preservation and human use.