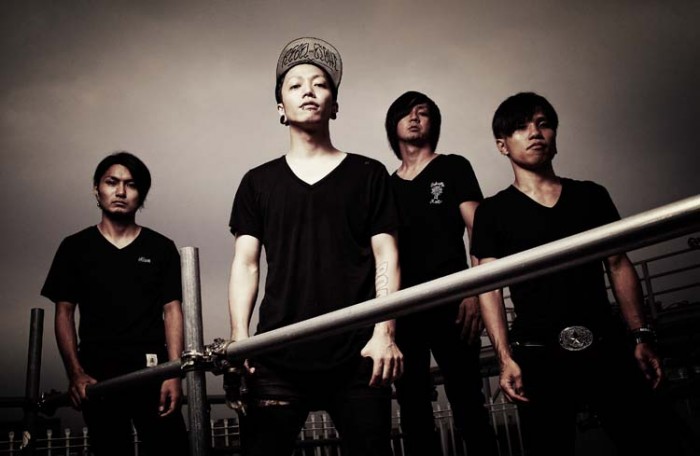 Rock band Roach is wooing its home audiences, Sunday, after touring mainland Japan most of this year.

An Okinawa band that was formed in 2003 and polished its musical skills in clubs surrounding Okinawa military bases, returns to the home stage Sunday evening for a concert, joined by an Osaka-based rock band Crossfaith. 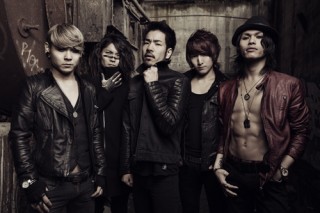 Roach is bringing its Apocalypse World Tour 2013: Japan x Roach Tour 2013 ‘Get More’” program to Sakurazaka Central Sunday, beginning at 7 p.m. Ticket to the concert cost \2,800. The venue is located in Makishi, in Naha City.

Roach, one of Okinawa’s leading 4th generation street rock bands, is being joined in the concert by Crossfaith, an Osaka-based band that’s gaining acclaim as one of the world’s top class bands.

The Okinawa band has performed several times at the Nihon Budokan, Japan’s foremost stage, and after 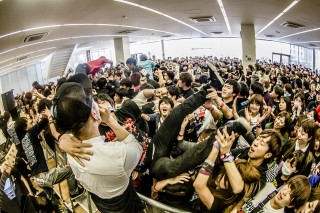 Roach has played to full houses in its mainland concerts.

re-energizing at home on Okinawa, went international with Taiwan and U.S. tours before bringing their musical act back to Japan. In 2011 Roach released ‘Breed of the Sun’ in their second mini-album ‘No Reason in the Pit’.

The band has been touring in Japan this year, playing with Kariyushi58, selling out when playing Shimokitazawa Shelter in Setagaya, Tokyo. Roach uses a sweet Ryukyu melody, along with hardcore heavy sounds, as their strongest musical weapons. Japan Update will give away five pairs of free tickets for the concert. Those interested should email to info@japanupdate.com.