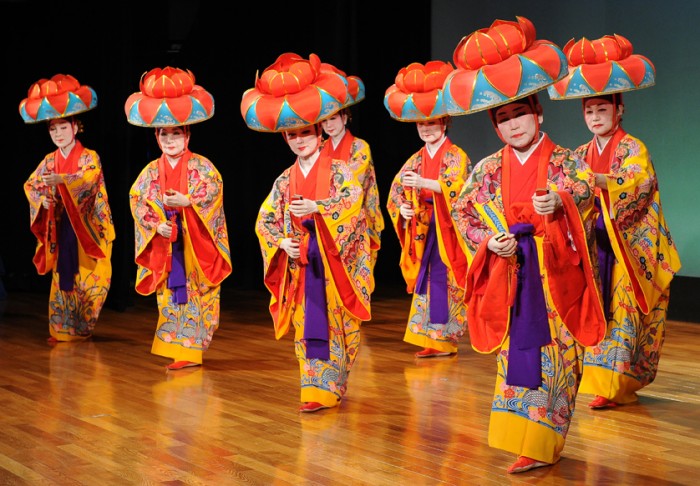 The 50th Ryukyu Festival opens tomorrow at several locations across Okinawa as Golden Week gets under way, featuring a variety of traditional art and music performances, as well as a bit of western style dance.

Okinawa City Civic Hall is the venue Wednesday for an Okinawa Traditional Art Performance, before shifting to the Nago City Civic Hall on Thursday, May 1st.  Friday through Sunday, May 2nd through 4th, Japanese Traditional Dance will be featured at Ryukyu Shimpo Hall.

All shows at all locations begin at 6 p.m.  Advance tickets are ¥2,000 for adults, while high school and younger students will pay ¥1,000.  Tickets at the door will be ¥300 higher.  Tickets are available at the Ryukyu Shimpo main office, central branch and northern branch, at Okinawa Mitsukoshi and Ryubo Department Store.  Information is available at (098) 865-5255.

Ryukyu Shimpo began the festival in 1965 as a synthetic art festival which includes Japanese dancing, Western music, etc. focusing on the traditional performing arts of Okinawa.  It is held around April in Okinawa every year. At this year’s festival, although the many traditional performing arts of Okinawa are the main focus of the event, many performances of Western culture, such as classical ballet, and Western music of various genres, will also be in the program. This is a festival that showcases Okinawa as the only place in Japan where cultures of various countries cross.