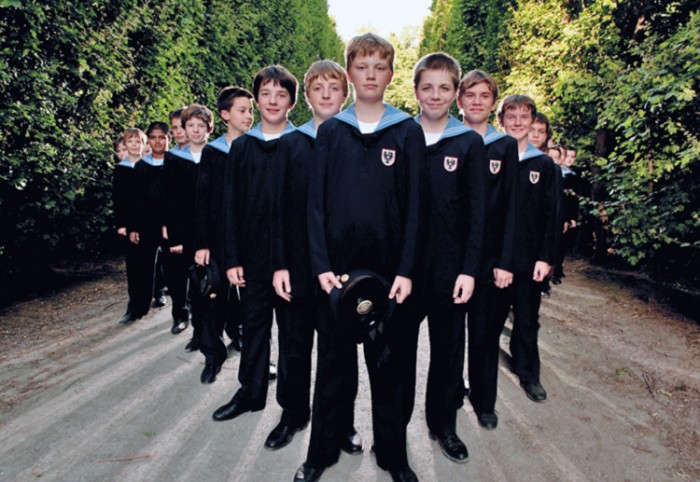 The most famous youth choir in the world, the Vienna Choir Boys, is returning to Okinawa for a single concert next Tuesday at the Okinawa City Civic Hall.

The concert by the group known as Die Wiener Sängerknaben in German has been around since its 1498 founding in Vienna, Austria. The Vienna Choir Boys—actually four 25-boy choirs—criss-cross the world with their unique sound, often described as ‘angelic’, performed in concert halls everywhere. The choir serves as Austria’s national symbol.

Throughout the choir’s 516 years, it has served Austria. Emperor Maximilian I founded the choir and issued the command for 12 boys to be summoned to the Court and trained as singers. Like their modern-day counterparts, they were probably 10 to 14 years in age and possessed a good ear for music and an excellent voice in the soprano or alto range. The Choir would sing at church services and for banquets at the palace.

Since then, the meticulous and often rigorous training has been characteristic from the time of a demanding audition through the training. When a boy becomes one of the handful accepted yearly, a preparation course begins at age seven or eight at its official boarding school. At age nine, candidates must pass a musical aptitude test, then train further for another year, “during which time they must prove that they not only are able to sing but can also socialize and get along with their comrades,” conductor Peter Marschik told the Detroit Free Press in 1984. The boys rehearse in one of the four choirs a minimum of two hours daily, leaving the choir when their voices begin changing at puberty.

The four choirs are named for composer Joseph Haydn, Wolfgang Mozart, Franz Schubert and Anton Bruckner. One remains in Vienna to perform at weekly Solemn Mass at the Hofburg Chapel at the Augartenpalais. The Schubert choir will be performing in Okinawa.

The charity concert last year in Vienna supporting the Great Tohoku Earthquake and Tsunami survivors was the first time the four choirs have all gathered to sing. One of the four typically tours Japan each year, although last year’s was canceled.