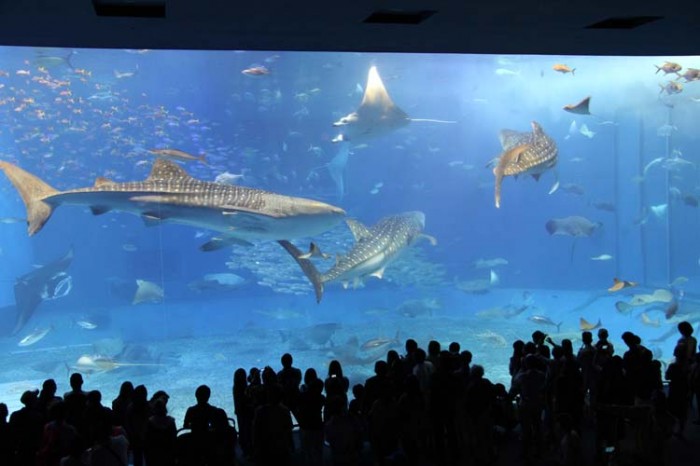 Churaumi Aquarium is the world leader in keeping whale sharks in captivity.

Okinawa Expo Park is a state-run park established in August, 1976, to commemorate Okinawa’s International Marine Exposition. Within the park is the Okinawa Churaumi Aquarium, as well as a separate facility featuring dolphin shows. It is one of Okinawa’s most popular places to visit. The Churaumi Aquarium has a large variety of fish, including the 8.5-meter-long whale shark, and a manta rays with the world record for longevity in captivity. 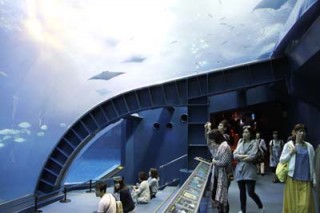 Underwater wonders can be seen from many angles.

Inside the park, there is the tropical zone, subtropical urban greening botanical garden, tropical dream center, a native Okinawan village and Omoro arboretum, the Okichan dolphin theater and neighboring facilities, the Okinawa Churaumi Aquarium, open space and rest area, restaurants and souvenir shops. The theme of the park is “The sun and flower and the sea”.
All parking is free at the park. Operating hours for the aquarium-related areas are 8 a.m. to 8:30 p.m. from March through September, and 8 a.m. to 7 p.m. from October through February. For other areas, it is from 8 a.m. to 7:30 p.m. from March through September and 8 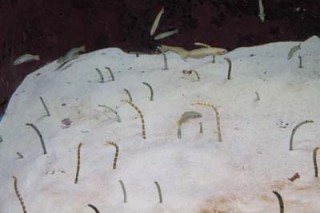 The aquarium has much more to see than the big fish.

a.m. to 6 p.m. from October through February.