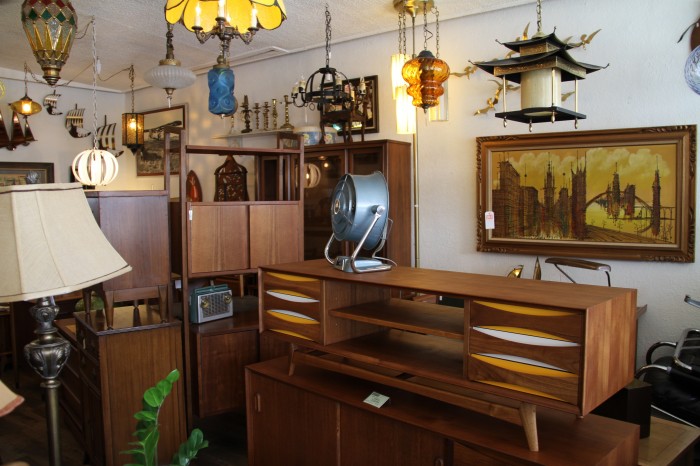 Okinawans’ love affair with solid wood American furniture began in the aftermath of World War II, when American military personnel sold or gave away their furniture before departing the island at the end of their tours.

There was little furniture available on the island in the post-war era, and the quality American products were in great demand.  Many furniture recycle shops sprouted up, many of them along Highway 58 near the military bases, and most created an American culture or lifestyle demand that peaked in the 1970’s and 80’s.  Although the quality of furniture in Japan –or imported from elsewhere in Asia—is good, there’s still something special about the decades-old U.S. products. 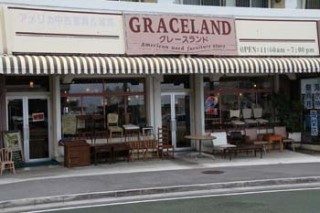 Graceland furniture store is located on Highway 58 in Ginowan.

Furniture store Graceland is still in business, and still meeting the demands of both Japanese and foreigners who want a bit of nostalgia in their homes.  Graceland operates in the Oyama district of Ginowan City, conveniently accessible to shoppers. Map: http://goo.gl/maps/IPcGL.  Graceland is open daily except Tuesdays, 11 a.m. ~ 7 p.m.  The store’s influenced the culture, and has examples of its products on the Graceland website: http://graceland-life.ocnk.net/page/2.

Jun Chida owns Graceland, and says he runs the furniture business not only because it is good, but because he likes the good old style of America.  He says it is harder to find the much-in-demand products, as U.S. servicemen and women don’t have it any more, so he often has to shop for it in the United States himself.  Often he purchases furniture that’s in need of repair, so he has a team of specialists who restore the often decades-old goods.  He admits that many of his customers are now trekking to Okinawa from mainland Japan, just to buy old style American furniture and memorabilia.

However, he says that even to a little bit of his surprise, even young American customers have recently started stopping by at his store to purchase his items. “After running this store for 17 years, it seems to me that a kind of nostalgia for old American is increasing, and many people are looking for furniture that fits to the image of ‘Good Old Days’,” he says.

Chida has also created his own brand of furniture that he calls “Ryukyu Islands series.” They are, naturally, mid 20th century style and made of teak wood.