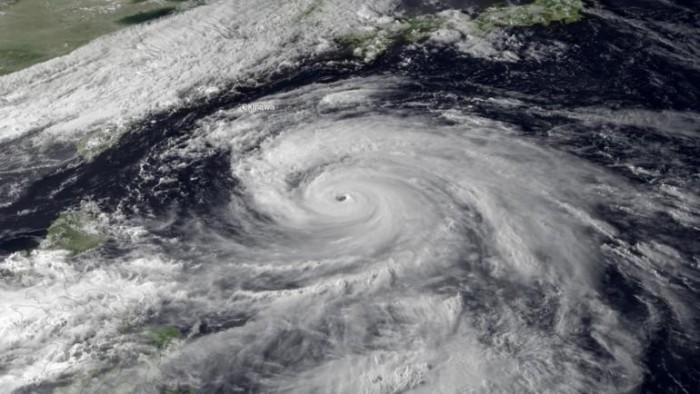 Northwestern Pacific is predicted to have 18 typhoons with 10 of them super typhoons this year, although Okinawa is expected to have less as most would go up north to Izu and Tokyo areas.

The typhoon season officially under way since nearly three weeks ago is predicted to be much the same as last year, although the way’s clear for at least three more tropical storms in the region.

The 2014 Typhoon Season Outlook is the analysis and handiwork of meteorologist Robert Speta of Western Pacific Weather.  He’s the first to concede Mother Nature gets to do things her way, and making long season forecasts means “taking a gamble anyway”.  Still, he figures on 30 tropical storms making their way up the Western Pacific in the coming months, with 18 becoming typhoons and 10 of those super typhoons.

By comparison, last year had 11 super typhoons of 17 typhoons, and a total of 27 named storms. Speta says those typhoons “that do become strong I believe will be rather potent up to the violent intensity.”  On a positive note for Okinawa, he predicts the worst areas to be pounded this year will be the Izu Islands and Tokyo.  Okinawa will still get some typhoon action, he predicts, but on a less frequent basis than in recent years.

He thinks the Philippines will be spared somewhat this year, but says Guam “could have its first major typhoon impact in years this year.”