Feng Shui keeps evil at bay when building on Okinawa 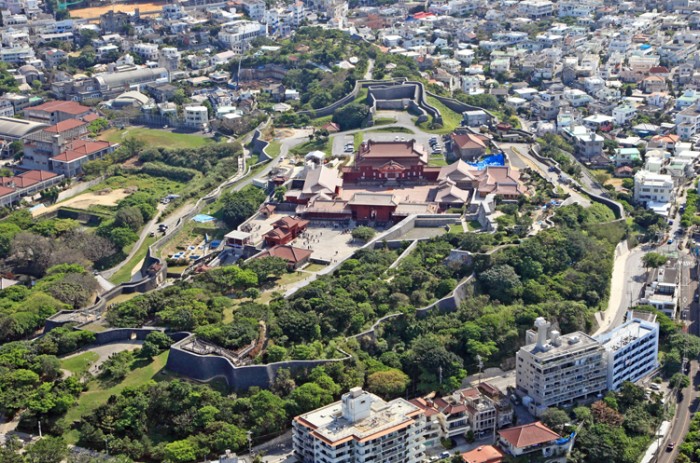 Shuri Castle, its location and orientation of all buildings within its compound were all thoroughly vetted using Feng Shui when the original was constructed. The current restored castle was built in exactly same location.

Feng shui is a Chinese philosophical system aimed at harmonizing human existence with the surrounding environment.

Feng Shui spread to the world from China, especially to East and Southeast Asia. It was introduced to the Ryukyu Kingdom sometime at the end of the 14th century with early Chinese immigrants. Feng Shui, as written in Chinese and Japanese kanji characters, literally translates as “wind” (fuu) and “water” (sui). 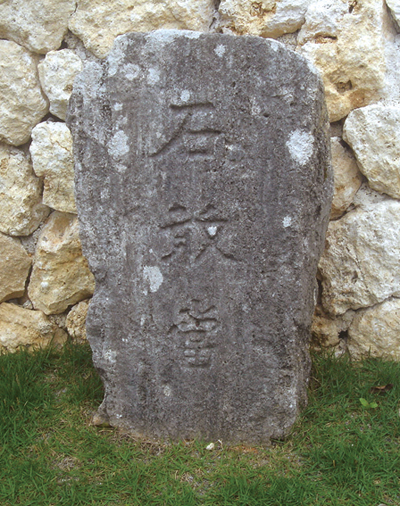 Ishiganto stones are Feng Shui objects commonly used in Okinawa for the purpose of warding off evil spirits,

A Chinese writer and scholar Guo Pu during the Eastern Jin dynasty wrote book “The Book of Burial” that is considered to be the earliest source of Feng Shui doctrine.

Feng Shui sets the rules based on wind and water that control geographical conditions that in turn control the movement of “Qi,” a living energy or power invisible to the human eye. Since Guo Pu wrote the doctrine on Feng Shui, this method has been practiced in order to create and determine the most ideal environment and placement of important structures such as dwellings and tombs to ensure good fortune and protection against disasters.

According to records from the Ryukyu government, in the mid 17th century students were sent to China’s Fujian Province to study geography where they were introduced to methods of Feng Shui. Since the 18th century until this day, people in Okinawa and other East Asian regions use Feng Shui as a highly important tool when building tombs, to determine their style and shape and direction, believing this would affect the fortune of the whole family and prosperity of descendants.

The most representative building on Okinawa, in which Feng Shui was used would be Shuri Castle. Surrounding the castle are hills, which represent the guardian deities of the four cardinal points, and the location of the castle was considered the perfect spot for good power to build up. Of course, not only the location, but also the structure of the buildings inside the castle were all determined according to Feng Shui.

Most old villages in Okinawa were also laid out according to rules of Feng Shui, the most desirable location for the village houses being between a mountain and the ocean. A feature special to Okinawa are fukugi trees that were planed around the houses and along roads to protect against typhoons and the annual rainy season.

Another feng shui object seen in various places is the “Ishiganto”, which is a stone with three Chinese characters inscribed meaning to keep evil spirits away. They are mostly seen in Y or T intersections on Okinawa, because it is believed that evil spirits can move only in straight lines. And for the same reason, most older streets on Okinawa are not straight but have many curves. It makes them difficult to drive, but if it keeps the evil spirits at bay, why not?

In addition to tombs, Feng Shui also played an important role when building houses. A special ruler with Chinese characters on it was used to decide the direction and location of building.

Feng Shui may partly explain why Okinawa has an extremely deep bond with the nature and at times, people see the island itself as a living thing. That may be the reason Okinawa is said to be the “The Island of the Gods”.