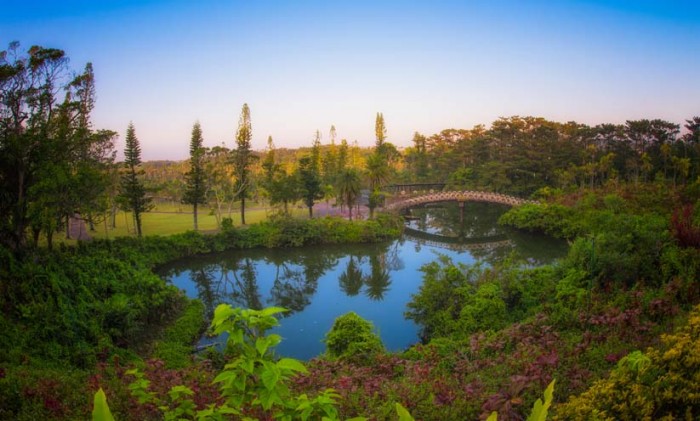 Southeast Botanical Gardens is the venue of Sunday’s Marcha Chora event that celebrates 100 years of close ties between Okinawa and Brazil with musical performances. Some of the musicians are on the right.

When Japanese immigrants traveled to Brazil 100 years ago, there was music welcoming their arrival – it was called “Marcha”. The music will come back alive at Southeast Botanical Gardens in Okinawa this Sunday!

Hidenori Sakao is the producer of the event.

The excitement starts with gates to the gardens opening at 06:30 a.m. The festival itself begins at 4 p.m. and runs until 8 p.m., although the mask-crafting and face-painting workshops begin from 2 p.m. Organizers say the festival will be held regardless of rain or shine, but will be cancelled if stormy weather hits.

Produced by Sakao Hidenori, the festival will feature BEGIN, Osvaldinho da Cuíca, Luizinho 7 Cordas, Wilma De Oliveir, Andre Amorim、Marcelo Barro, Midori Onaga, All Japan Goith and the Miyagi sisters. It is a chance to see a miracle happening – which may be the last chance to see until the next century. All of festival staff are looking forward to seeing visitors at this festival.

The promoter of the festival “Marcha Chora,” Hidenori Sakao, has been planning this event for almost five decades with his careful dedication; he was confident that there are no other music genres, which can serve as a cultural bridge between Japan and Brazil except for Marcha.  As it happens, the flowers of Century Plant (Sakeryuzetsu in Japanese) in Southeast Botanical Gardens are now blooming for the first time in almost half century – it is one of the rarest of coincidences because the Century Plant flowers only bloom once in decades to 100 years. In addition, the festival is inviting famous musicians who are literally known as the “national treasure of Brazil”! 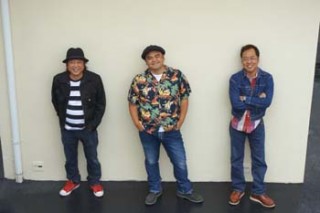 Marcha is a genre of Brazilian music created in 1899 – 115 years ago. Chora is a word originated from a dialect spoken on Yaeyama Islands, which means “let’s do it together”. There will be the Marcha Chora Concert, the mask-crafting workshop, hand-crafted mask design contest, face painting and balloon art, and a Brazilian photo exhibition.

Adult admission is ¥3,500, which includes a free drink.  Elementary school students, as well as junior and senior high school students, pay ¥1,500.  Tickets are available at Family Mart, E-Plus and Southeast 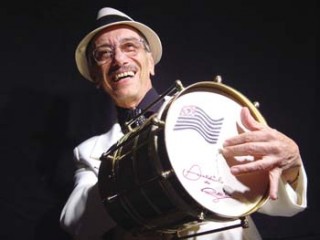 According to an estimate, there are approximately 1.6 million Japanese immigrants currently living in Brazil (as of 2011). We also know that there are 0.19 million Brazilians working in Japan. These facts suggest that Brazil is one of the most “distant yet close” countries for Japan. Brazil is known for a country of exhilarating Samba music that is a must element for any carnival, but when the first generation of Japanese immigrants 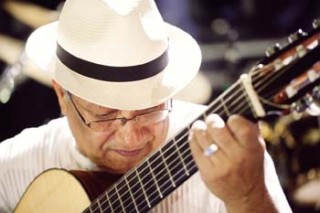 arrived in Brazil in 1908, there was no such genre of music currently known as Samba.

Instead, the music called “Marcha” was played in old carnivals of song and dance. Marcha was composed of simple rhyme repetition under unique nostalgic tune and it is not difficult to imagine such music being the origin of spiritual encouragement for the first generation immigrants who came from distant Japan.

Now, the Marcha Songs will be coming back alive at a festival at Southeast Botanical Gardens in Okinawa. 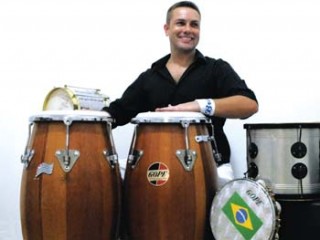 Marcha is ripe with the ancestors’ wisdom that has served as the foundation of the multiracial nation such as Brazil. Join the festival with your own mask (mask-crafting workshops are held) if you’re one of those shy people, or wear your own costume if you’re looking for unusual excitement that is hard to find in your daily life – and of course feel free to join in without a mask or costume! Enjoy the festival with family, relatives or friends and be a part of our great pastime of the songs and dances! 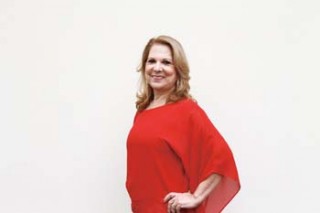