One man’s long road to his “American Dream” 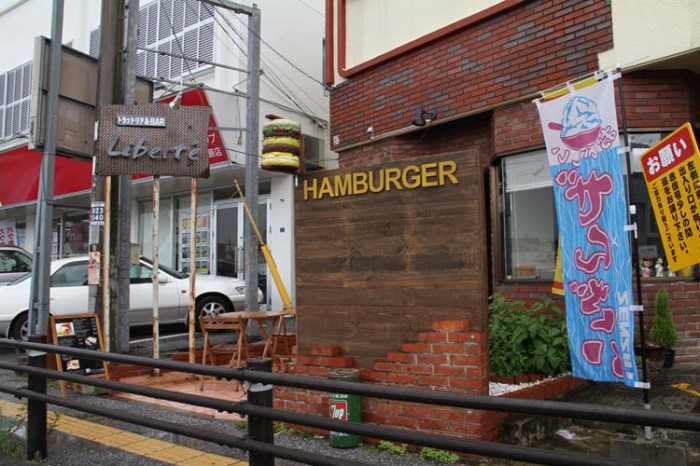 Hiroshi Uechi has been a solid fan of all things American ever since his early youth on Miyako Island. After graduating from the high school he moved to Okinawa’s main island dreaming to get a job that would fit to the dreams of his youth. 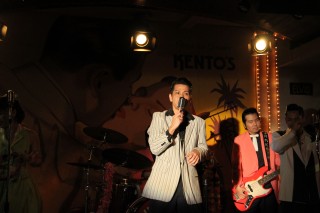 Uechi works as vocalist at Club Gold Disc on Sundays.

Eventually, his love affair with American nostalgia of the 50’s and 60’s music and life style led him to a part time job as a vocalist of a 50’s style oldies band that played an Kento’s, a legendary live house in Naha’s Matsuyama, where he continued his singing career for nearly five years.

His next move was to Tokyo where he worked at an American diner-style restaurant. And that was where he found his calling. He would make an American style diner on Okinawa that would serve the best classic-style hamburgers on the island.

After working a few years in Tokyo, he had saved enough money to come back to Okinawa and start his own mobile hamburger shop he called “Classics Diner, from which he served his hamburgers at various locations and events.

The next step was to find a permanent place for his Classics Diner. For now, he has settled to joint premises with an acquaintance, who runs a bar in the evenings in the Uehara district of Ginowan. 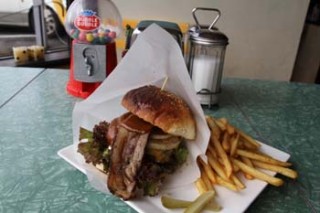 All ingredients of “Classic Burger” are made daily by Uechi himself.

e now has his restaurant open only daytime from 11 a.m. to 7 p.m. daily except on Mondays that is his day off. On Sundays he closes a little earlier at 5:30, and also infrequently on some other days as he is still also working as a musician, singing on Sundays at the Gold Disc, the club formerly known as Kento’s. The restaurant Facebook Page is at http://goo.gl/sbQOt2

His future goal is to have a diner style hamburger restaurant that is open full time that he does not have to share with anyone. In the meantime, he is working on perfecting his “Classic Burger” that sells in his diner for ¥980. He makes all buns, beef patty and smoked bacon by himself daily. The patty is made of the beef from Japanese black cattle and bacon is smoked with cherry wood chips. His original sauce is sweet and rich, and all vegetables absolutely fresh.

Other items currently on his menu include Bacon Cheese Burger for ¥800, Fish Burger, ¥700, Tortilla Chicken, ¥500, and more. All include French fries. And, naturally, everything is available for take-out.