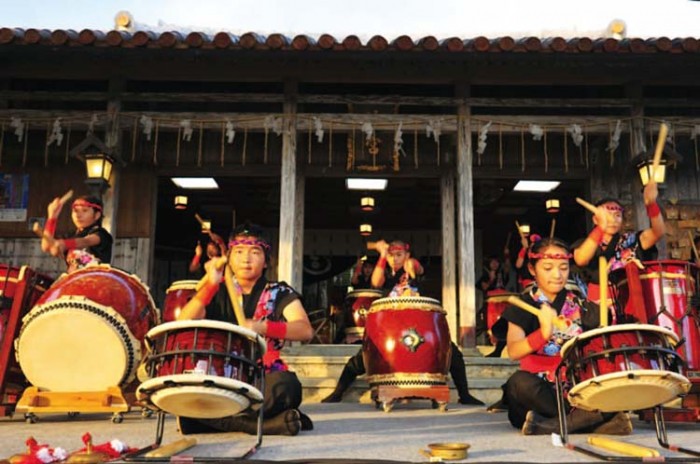 The Ryukyu Festival 2014 is a spectacular bringing various Okinawan entertainers and groups together for a show mixing music and lights and also the audience.

The show takes place this Sunday, and features many fantastic performances. The most special is musician Hidekatsu who is celebrating his 20th anniversary since his debut. Hidekatsu became wildly popular in 1993 with his song “Mirukumunari,” which is one widely used until this day to accompany Eisa performances. His music is extremely unique, and easily recognizable to anyone who has attended Okinawan festivals.

Other artists performing In this event have been inspired by music from all over the world, giving the show a unique and unpredictable character and atmosphere that everyone is sure to enjoy.

This show is the one where the audience can feel, see and experience the chemistry of Okinawan summer.

The Festival venue is the Okinawa Prefectural Budokan and Arena in Onoyama, Naha City (map: https://goo.gl/maps/4mHPH). The daytime show kicks off at 2 p.m. and the second at 6 p.m. Tickets cost ¥1,500 and are available at the venue.