El Hierro, first island in the world to be energy self-sufficient 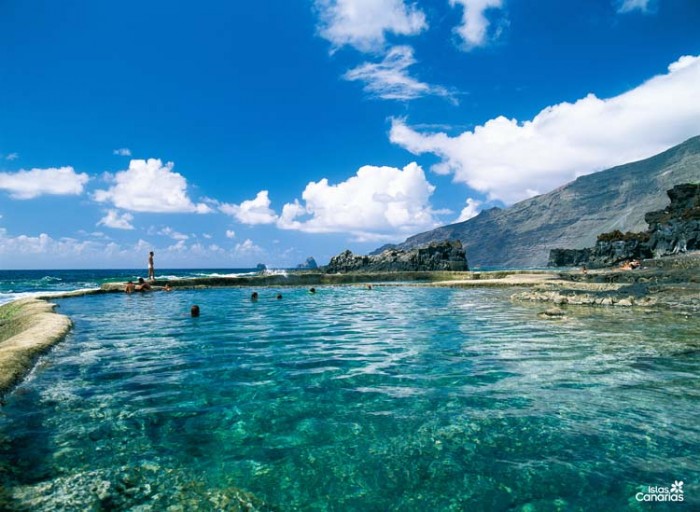 El Hierro is the smallest of Canary Islands known as a favorite tourist destination and natural beauty.

Last month the UN Decade of Sustainable Energy for All (SE4ALL) was launched around the world. On June 24th and 25th, experts gathered for the RENISLA ( Renewables + Islands) Global Forum, meeting on the island of El Hierro, UNESCO’s biosphere reserve since 2000, in Canary Islands, Spain  The new system was officially started with the wind-hydro-pumped station named “Garona del Viento” switched on in time for the forum.

The smallest of the Canary Islands, El Hierro was once the place where the end of the known world was marked by the line of longitude as the prime meridian. “The Meridian Island” is still its nickname.  I know this island well as I crossed it on mule-back as a boy during the “Festival of the Bajada de la Virgen de los Reyes (Descent of the Virgin), held in early July every four years. 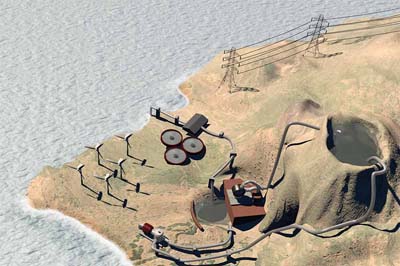 Artist’s rendition of El Hierro’s self-sufficient 100% renewable energy creation system that went on line about a month ago.

Now the island marks not the end but the beginning of a new age where 100% renewable energy is possible. The attending delegates and experts made the “El Hierro Declaration” and a Call to Action for the world at this crossroads in energy.

This marks a contrast with the central government plans to allow off shore oil drilling by the multinational oil company called REPSOL, close to the UNESCO Biosphere Reserves of Fuerteventura and Lanzarote, the islands closest to Africa. They also have plans for oil drilling off the Balearic Islands (Ibiza) in the Mediterranean.

The President of the Government of the Canary Islands Paulino Rivero Baute is adamantly opposed to what is deemed illegal prospects. He has the support of a large number of local residents and foreigners who love the popular destination. The Spanish Minister of Industry, Energy and Tourism Jose Manuel Soria Lopez from Las Palmas de Gran Canaria, is said to have a more than close friendship with Antonio Brufau, the Chairman and CEO of REPSOL. Appeals have been submitted to the European Union pointing out irregularities in the permits and lack of transparency.

The Belgian Serial Entrepreneur and author of the “Blue Economy report to the Club of Rome” Gunter Pauli (who gave a keynote speech at the RENISLA), according to CanariasAhora online news report June 26th, quoted him (from the Spanish) “looking for oil in the Canary Islands is an act of desperation,” he further affirmed that “we don’t need oil, we need Gerona del Viento.”

In our neighborhood, the Asia-Pacific, as reported by the UN News Service on June 18th;

“The UN Decade was launched regionally today in Manila, Philippines. The UN Economic and Social Commission for Asia and the Pacific (ESCAP), in partnership with the UN Development Programme (UNDP) and the Asian Development Bank (ADB) also launched a Regional Hub to tackle energy issues at the country level.

“The goals of the 2014-2024 UN Decade, launched two weeks ago (last month), echo the priorities set out by UN Secretary’s General Ban Ki-moon in his eponymous 2011initiative to reach universal access to energy services and double the amount of renewable energy available by 2030.”

Gunter Pauli lives in Japan and served as advisor to the United Nations University (UNU) rector from 1999- 2005. He founded the “Zero Emissions Research and Initiatives” (ZERI) at the United Nations University in Tokyo, and subsequently established The Global ZERI Network , redesigning production and consumption into clusters of industries inspired by natural systems.

Coming next, the name of El Hierro and the “Giving Tree” that quenched the thirst of the Guanches, the pre-Hispanic inhabitants known on the island as the “Bimbaches”.