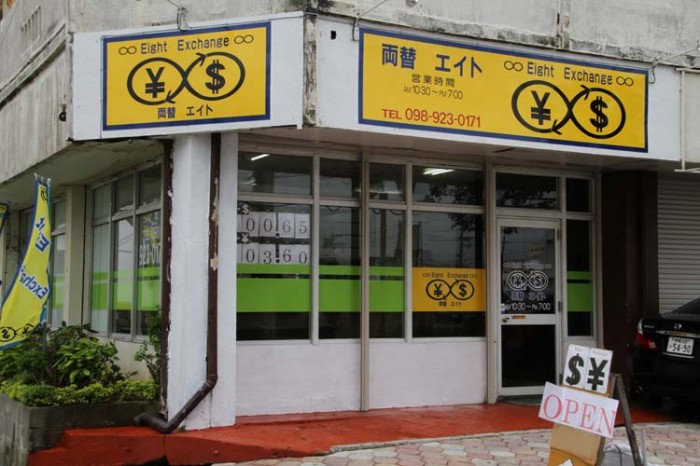 Currency exchange store Eight is the latest to open doors.

There’s a new currency exchange player on the block, and it’s offering the best rates around. 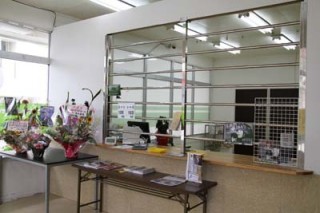 The service counter in the store.

At both, the owners promise speedy exchange service with good rates, regardless of whether exchanges are for large amounts or small.  Equally important, Eight Exchange welcomes business customers.  Chikashi Shimabukuro, owner of Eight Exchange, says sometimes customers become frustrated waiting at an exchange, “but we do speedy service even for large amounts.  We understand about nervous issues with customers, and we want them to feel relief as they’re saving money.”

Shimabukuro is touting its introductory offer: “We are doing an opening campaign right now and give free candy to each customer. We are looking forward to seeing you soon. The Eight Exchange Goya branch is located at just next to the Chuo Mart and close to Kadena Air Base Gate 2. From Gate 2, turn left just past the 4th traffic signal toward Music Town where the Richie Rich store on the left is the landmark at the intersection, and go straight about 200m and Eight is on your right side.