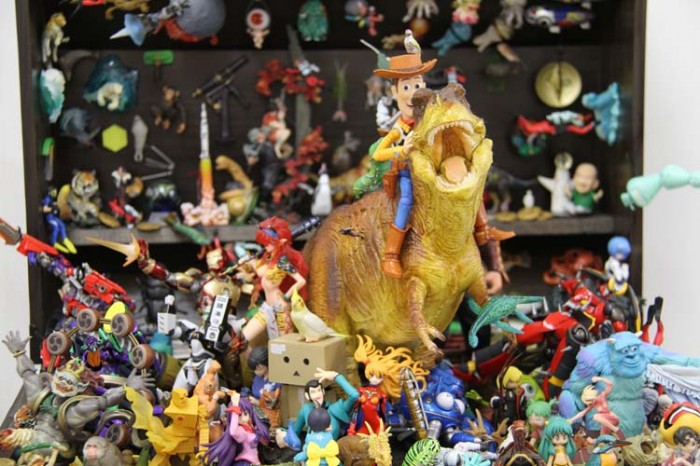 Kaiyodo is the largest maker of popular anime figurines in the world.

Virtually everyone has encountered Godzilla, Ultraman, Evangelion or Hokuto-no-Ken, and now the company that created them is showing off their works at an Okinawa exhibition. 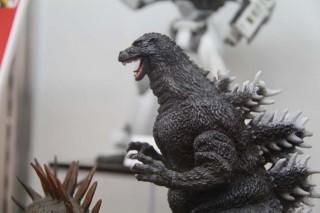 Godzilla is the latest character to join Kaiyodo family.

The Kaiyodo Figure Exhibition is being staged through September 9th at the Tomarin Building, adjacent to Tomari Port in Naha, showing off the Kaiyodo company’s oldest and highest quality figures.  It’s all a part of Kaiyodo’s 50th anniversary celebration, running 10 a.m. ~ 6 p.m. daily.  Advance adult tickets are ¥700, or ¥800 at the door.  Kids 6-15 pay ¥300 for an advance ticket, or shell out ¥400 at the Tomarine door.

Kaiyodo skills and craftsmanship are really beyond the imagination, and being able to see the created figures not only from Japanese animation companies, but also from British museums and really big names in the world of animation, are reasons to take a few hours to peruse the Kaiyodo creations.

This is a very rare opportunity to see Kaiyodo’s work in Okinawa, right before the visitor’s eyes.  Everyone interested in figurines should visit before the event ends September 7th.