Insect Festival at Nago NeoPark is ready to bug you 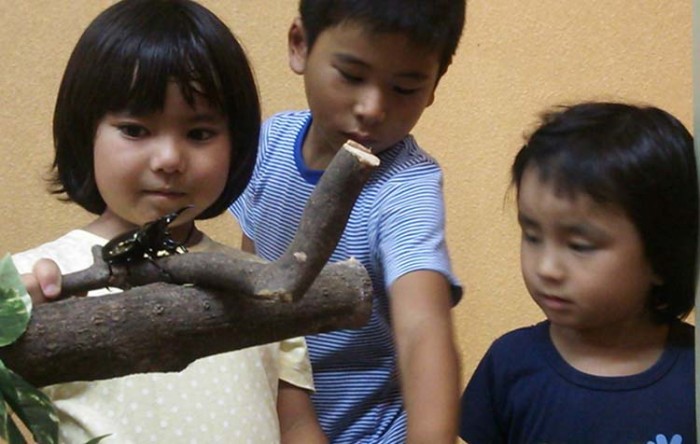 The exhibition also features live bugs for visitors to observe.

A special exhibition at Nago NeoPark aims at encouraging people to get familiar with insects, especially those bugs that every pre-teen kid loves and their mothers abhor. 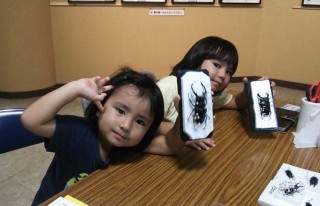 Girls pose with a pair of preserved Her-cules beetles on display at NeoPark.

The NeoPark event runs through Aug. 31, and allows visitors to touch, watch and contact insects. Insects gathered to the venue include Hercules beetle, scientifically known as Dorcus titanus, a kind of giant stag beetle and a species of which males can grow to over 4 inches long.

Keeping insects as pets is popular in Japan, so there are booths that sell insects or items for keeping and maintaining them. Then there is a raffle game, in which winners can win some rare insects for the ¥600 price of a raffle ticket. Organizers say that there are no blank tickets but everyone wins something. 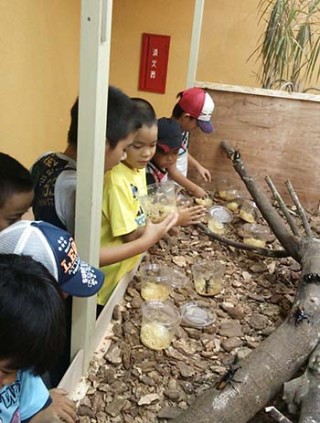 Children learn about the environment where the bigs live.

NeoPark Okinawa is located on the north side of Nago city along Hwy 58. The location is at http://goo.gl/maps/Tft7S  The entry to NeoPark is ¥660 for adults, ¥330 for high school and junior high students, and children from 4 through 12 years of age are ¥220. Children under four are free. The entry to the Insect Festival costs an additional ¥400 per person over four years old.