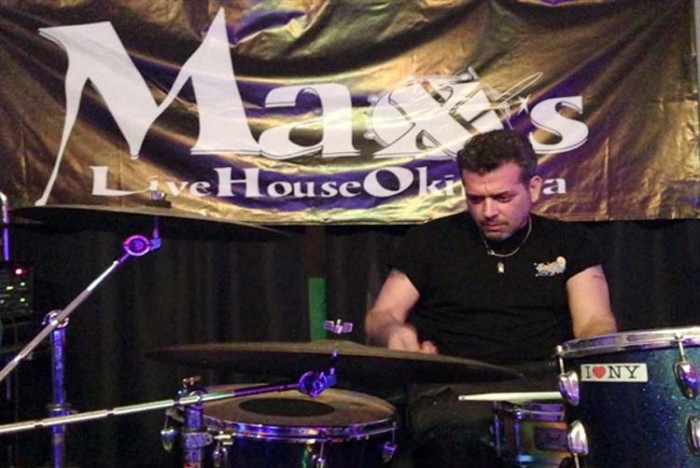 Maxx Gallo is a professional drummer and the force behind his name-sake live house.

If it’s the weekend on Okinawa and you are looking for live music, you may be hard pressed to find something good going on.  It’s a rare occasion that stellar bands and musicians come to Okinawa to perform.  However, luckily there is a new venue that has opened recently that offers live Blues music; it is part of a circuit of musicians playing throughout Asia. 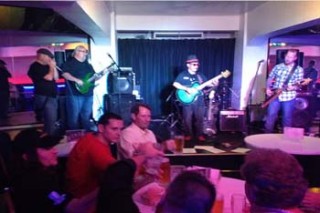 This venue is Maxx’s Live House, and its owner is Maxx Gallo. Maxx is determined to create a premier location for Blues aficionados on Okinawa, and he is also part of a Blues band here locally on Okinawa called the Shima Blues Band. The venue is equipped with everything a band needs to conduct a spectacular performance with house lights to set the right mood.  Maxx’s also offers a wide range of cocktails, beer on tap and non-alcoholic drinks.

As well as holding the title of owner of Maxx’s club, Maxx is a veteran musician and pro drummer.  He has been playing music with several Japanese and American musicians for over 15 years and is originally from New York.  He has been a pro drummer for over 30 years. 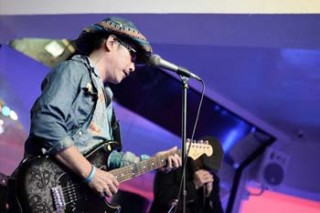 Maxx’s club hosts a variety of live entertainment and events. There is live music every weekend. On Monday nights the club hosts Okinawa’s longest-running Blues Jam session called Blue Monday. It has been running every Monday night for two years straight. Blue Monday is hosted by Osaka Blues man, Otis Yoshie, who often plays on his own along with Clint Walker and John Oliver III who are some of the club’s regular players. The club has a full dinner menu thanks to Nashville Restaurant and Rodeo. The types of bands include Jazz, Rock, Blues Acoustic and Reggae. There are even dance shows by Oki glee, RN Dance Studio, and Moon Roses Belly Dancers.

Usually during any given Monday on Okinawa not much is going on, but thanks to Maxx’s Live House you now have a place to hear some talented Blues bands on Blue Monday.   Your usual Monday blues will be transformed into blues of a different, better kind as you listen to the sweet sounds of music coming from Maxx’s.

Maxx’s is located at http://goo.gl/maps/jesbK

Shima Blue Band is a fixture at Maxx’s.