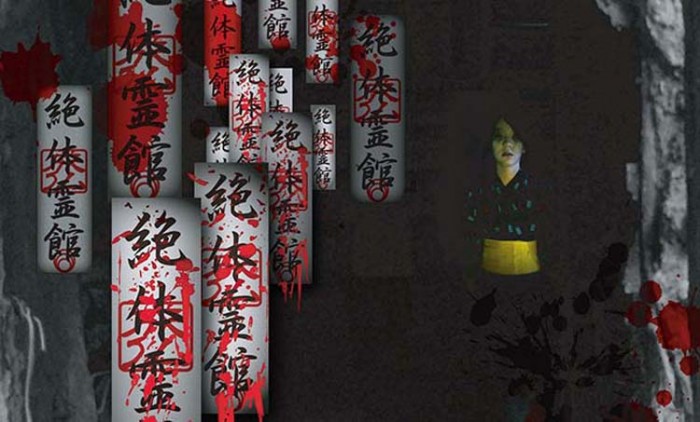 The Ryukyu Mura haunted house is providing refreshing chills through the end of August.

Ryukyu-Mura, one of the island’s premier theme parks showcasing Okinawa’s history, is offering a special summer festival through the end of August that brings not only culture to the forefront, but includes a dinner buffet, game booths, and firefly watching. 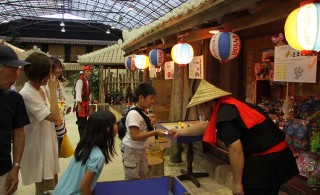 All kids get original oval-shaped coins included in the entry fee that can be used at games at Ryukyu Mura.

Game booths offer shooting games, original shisa coloring, and children can try to join each game using original Japanese oval coins,  which are distributed to each child at the entrance, with the coins included in the entry price. There will also be stage shows with Okinawan music, or participatory games at the stage. The highlight of the event is the firefly watching, which is only available on summer nights and in the nature setting. When the night is clear, there’s the chance to watch a stadium of stars! Children will be served snacks catching game, free refill shaved ice and a firefly guide book. If the night has rain, firefly watching will be cancelled.

There’s also a haunted house in Ryukyu-Mura, and it is open for business until the end of August. The haunted house is called “Creeping Note”, telling the story of an Okinawan ghost girl who died in a cave because of teasing by her aunt. You should hang the note to the cave and say mass.

Japan Update is featuring raffle tickets of Creeping Note haunted house. To get a ticket, simply  access the Japan Update Facebook page and give us a comment.