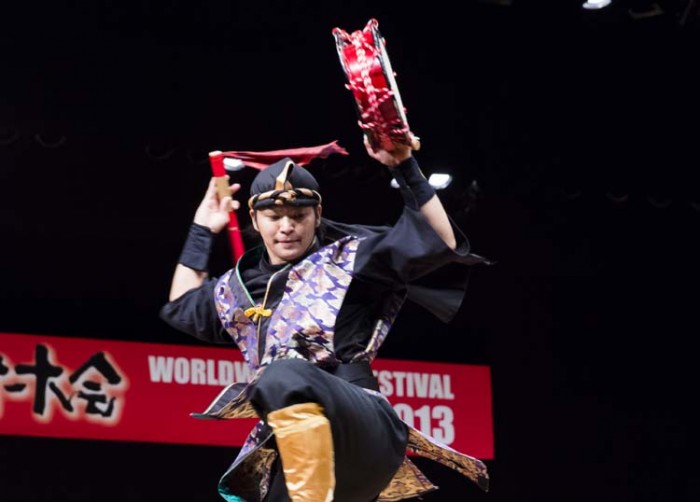 Eisa, the quintessential, Okinawan folk dance is winning new fans even outside of the prefecture.

The Eisa season rolls on, and there are Eisa festivals everywhere on Okinawa.

For that matter, Eisa is performed around the world as well.  Eisa is categorized into two kinds, traditional Eisa and original Eisa, with the upcoming Worldwide Eisa Festival holding the Eisa contest as the main event of the Festival, an open campus of Eisa College and some workshops that children can enjoy. The contest is for groups that perform original Eisa from all over Okinawa, Japan and the World. 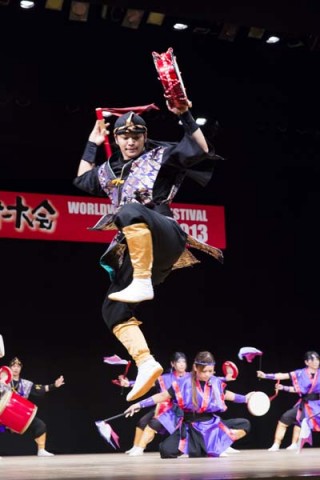 Eisa can be physically demanding, The best of the best of Eisa will compete at Okinawa National Theater this weekend.

The Worldwide Eisa Festival 2014 takes place Saturday and Sunday at the Okinawa National Theatre in Urasoe City, with both day and evening activities, performance’s and workshops. The grand prize will be chosen among the groups entered in the competition.  For example, there are groups from not only in Okinawa but Tokyo, Miyazaki and Kumamoto, and overseas from England, China and Taiwan. The Worldwide Eisa Festival aims to strengthen the worldwide network of Eisa, delivering people ‘love’, ‘emotion’ and ‘fellowship’. Eisa groups and Eisa fans all of the world will come together.  Admission is ¥1,500 for reserved seats at the Eisa contest.  Kids under three years of age are free, but must sit on parents’ laps.

The Open Campus of Eisa College will also take place, and admission is free! Knowledgeable people like Eijiro Gibo, known as a researcher of performing arts of Okinawa, and Susumu Kumada, a professor of Okinawa Prefectural University of Arts and the principal of Eisa College, will give keynote talks.  They are also preparing a certificate test.  In the workshop, people can make their own craft ‘Paranku’, which is a small drum used in Eisa dance, and learn to finger whistle. The whole family can enjoy it.

The initial seven Eisa performances at the Okinawa National Theatre take place Saturday, shortly after doors open at 12:30 p.m.  Winners will be chosen at 2:50 p.m.  The second round of performances begins at 5:30 p.m. with winners announced at 7:50 p.m.  Nine groups perform in the kids andjunior programs, with live guest Hidekatsu on stage.

The Eisa College Open Campus at Okinawa National Theater will have entertainment on its small stage, Saturday Admission is free.  Sunday there will also be workshops in the Theatre Lobby on making craft paranku, and a finger whistling training course. Admission is free.