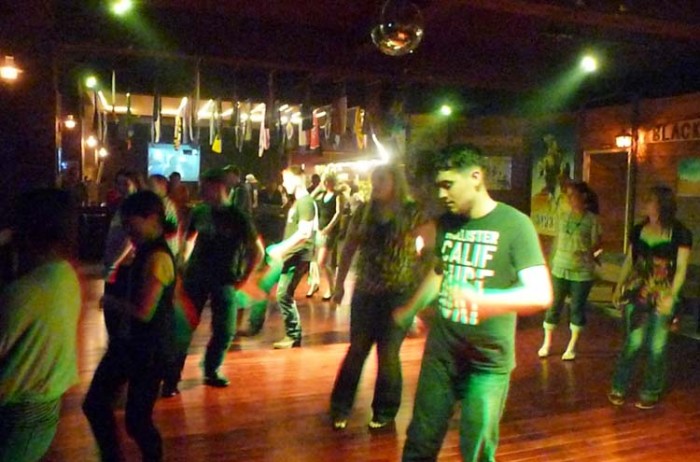 Western World stages a Country Night about once a month.

The popular country and western haven is very close to Kadena Air Base Gate #1, just in front of Navel Kadena. Western World has an authentic country and western atmosphere and interior décor, bringing nostalgia to life in Okinawa. For those who like Western music, or just miss your country, a visit to Western World brings a sense of tranquility, while feeling high and having a great time. 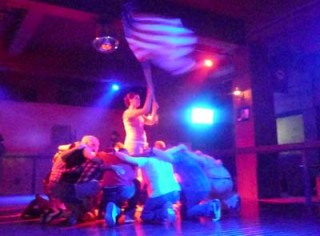 Patrons often improvise their own shows on Country Nights.

Western World was located before in the Noborikawa district of Okinawa City near Camp Shields and Chibana Housing Area until it moved to the more urban area in 2011, providing easier access for people to get their country and western fix. Western World operated in its Okinawa City location for about 14 years, and owner Shouji Shimabukuro says it was nice place also, but “I wanted people to have a more easy access to come and have a good time, then decided to move here.”

Shimabukuro explains that, “Maybe most people don’t remember the first concept of Western World was a steak house with a western atmosphere. I was then 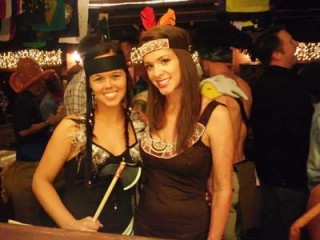 A pair of girls on the look for a couple of cowboys.

the floor manager of the restaurant and started the country night events on a regular basis, and it became very popular. I then decided to take over the restaurant and changed it to a dance hall. People took their friends to the dance hall, and it changed to the real Western World every weekend!”

He says “the only complaint from customers was the location, and we moved here finally. We are open on Friday and Saturday nights only, and usually play pop or hip hop music as a frank bar style, and hold a Country Night about once a month so far.” During the western event time, there are many western style guys and square dance stepping in the hall.

Currently, Western World limits entrance to only U.S. military personnel. “We want them to feel very relaxed here and have a great time with their friends or even by themselves alone. We have also available chartered party service that caters to birthday parties, live parties, seasonal parties or farewell parties. Please feel free to ask if your have your own idea,” Shimabukuro says.