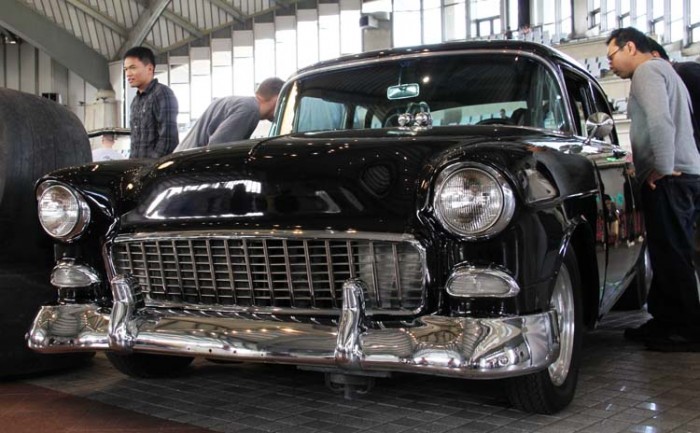 It’s difficult to tell which one has a wider smile, the car enthusiast visiting the show or the Chevy.

Custom cars – classics, hip-hops, street machines old Japanese cars, 4 x 4, trucks and muscle cars — are going to be lined up at Naminoue Umisora Park on Sunday, sure to evoke hundreds of oohs and ahhhs. 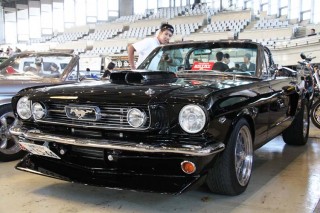 American made convertibles are well-represented.

This marks the first time ‘The CUSTOMS 2014’ appears in Umisora Park in Naha, with organizers saying they expect it will expand the ways people can have fun with their vehicles.  “Okinawa is one of the prefectures that’s unlike anywhere else in Japan,” says an organizer, “because we don’t have any trains or subways, so everyone needs a car or motorbike for daily transportation. Before soon people want to get their own colors and customizing for their cars.”

Dozens of custom cars have already signed up for the show. Another 100 motorbikes are entered in competition. The Custom Motor Show 2014 opens at 10 a.m. Sunday, and runs to 5 p.m. Admission is ¥1,000, but is free to kids under 12 years of age. There will be booths for food and beverage sales. Important, visitors are prohibited from touching the cars and bikes on display.