Ticks are scourge for pets and humans alike

Not very many people know that ticks spread various diseases to people besides sucking blood. 12 cases has been reported in Japan for infections from ticks.

Ticks suck blood from mammals and birds by driving their mouth into the skin. They spend their life in grassy areas until one day a wild animal or a dog on a walk comes along. Ticks detect animals’ body heat, footsteps, carbon dioxide in the breath, and cling on to the new host with their sharp clawed eight legs. They move to the hosts face, stomach, and other areas searching soft skin to suck blood. 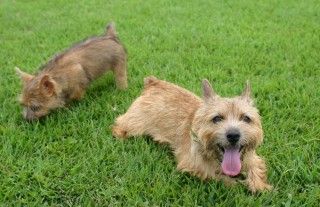 It’s important to protect both your pet and yourself from ticks.

Once ticks insert their mouths into the skin, they emit a cement-like substance to lock their mouths onto the skin. Their body size expands 200 times more when they succeed in sucking as much blood as they can. They would then disengage from the host, shed their old skin to grow larger, and wait for a new host to come along to suck more blood from. When a tick grows into an adult, it lays 3~4000 eggs. Baby ticks then repeat the same cycle their mother did.

Ticks salivate on the skin they suck blood from, and their saliva melts down the tissue so the prey’s blood does not coagulate. They suck blood and any pathogens in the blood. When they move on to a new host, they emit saliva containing such pathogens. This is how they spread various diseases.

Here are a few of the diseases transferred via ticks from other animals in Japan.

A disease caused by bacteria called Rickettsia. Rickettsial infection is found in other parts of the world, but Rickettsia Japonica is a zoonosis only found in Japan. Headache, fever and lethargy are the major symptoms, and severe cases may be fatal.

Infection caused by bacteria named Ehrlichia. Fever, head and body ache are the main symptoms of the disease, which is quite similar to a flu. Progression of the disease may lead to a coma.

Infection by bacteria named francisella tularensis. Squirrels, rats, and rabbits catch this disease, and small bacterial count may cause symptoms similar to the plague to appear.

Caused by a type of bacteria from the Spirochaeta family named Borrelia. Rats and small birds are the main carriers. Migratory erythema, fever, neural symptoms are the main symptoms, and sometimes may lead to death.

Caused by monocellular organism named Babesia. They are parasitic to red blood cells, and cause fever, and anemia caused by hemolysis.

Caused by Flavivirus. Recently found in Hokkaido. Symptoms begin from headache and fever, progress to seizures and paralysis, sometimes leads to death. Patients may recover but paralysis may remain.

And in the previous year 2013 SFTS virus (Severe Fever with Thrombocytopenia Syndrome) was identified in West Japan for the first time, and has been spreading in the country. Out of the 160 infected patients that have been identified so far, more than 50 have died. This horrific disease was first found in China in 2009, and is also tick-borne.

Pet owners may think that it’s just a bite of a bug, but we strongly recommend protecting not just your pet but also people from ticks.

What we also need to mention is many of the flea/tick medicines you can get at pet stores and home centers are quasi-drugs, and don’t work most of the time. We recommend to get one from a vet clinic.