Vaping allows dose of nicotine without irritating others 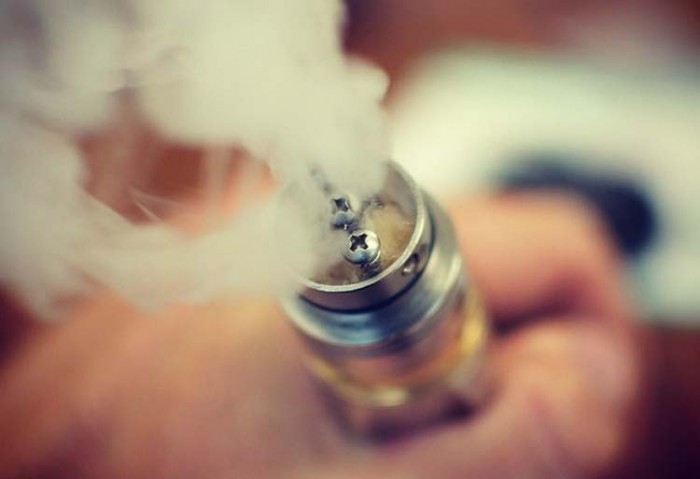 The smoke – or vapor – looks real but is said to be completely harmless to those around as it’s only water.

For smokers that light up a traditional cigarette to get a nicotine fix, they are not only also inhaling the cigarette’s toxic chemicals but sharing this toxic smoke with their surrounding environment.  A potential solution to this issue is the latest trend that has emerged in North America – an “e-cigarette”.  E-cigarettes can be a great alternative for smokers who would like to kick the habit but are not ready to do so yet (Check out www.davincivaporizer.com for more information). 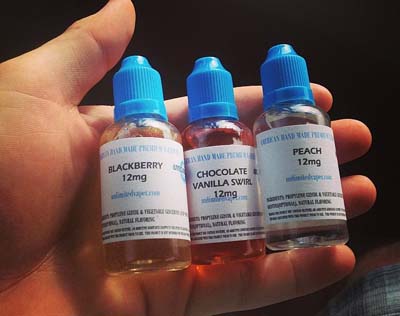 So what exactly is an e-cigarette?  An e-cigarette contains a battery, heating coil, atomizer and a nicotine cartridge. The atomizer is the part of the e-cigarette that changes the liquid into vapor.  Most e-cigarettes operate by pushing a button on the top of the device and inhaling. The most interesting aspect of the e-cigarette is when the user exhales, they blow out what looks like smoke but is actually only harmless water vapors.  This is deemed “vaping”.

Another very interesting aspect of the e-cigarette is the option of flavors that can be mixed within your nicotine cartridge. The flavors range from a basic mint and delve into a world of flavors I wouldn’t necessarily think are delicious for a cigarette such as butterscotch, honey, toffee, eggnog, and literally thousands more. The flavors are referred to as “e-juices”.  One particular advertisement I have seen ensures its customers that they “Got your Goblin’s juice“.  After walking by this advert many times confused about its meaning, further research into the e-cigarette world showed me that “Goblin’s Juice” refers to a brand of energy drink the company offers as an e-juice or e-liquid flavor which gives users an energy kick with less nicotine when vaped.

The legalities of the e-cigarette are as follows in the United States: Minnesota, North Dakota, Utah, New York, New Jersey prohibits their use in enclosed areas.  However, it’s always wise in all areas to ask permission first as e-cigarettes are fairly new to the world and you may alarm business owners who are unaware of the trend. Some bar or restaurant owners might ask you to not “vape” in their establishment and they totally have the right to do so. That being said, many people have “vaped” in department stores, on commercial aircraft, in doctor’s offices, and even in the workplace without hassle. 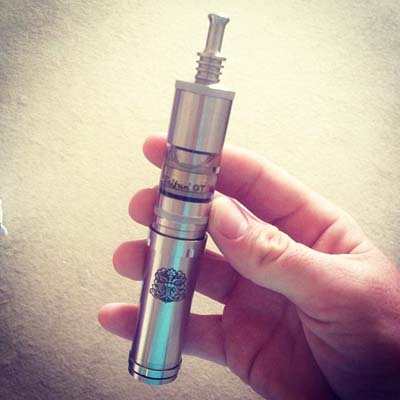 An e-cigarette is certainly not intended to be kept discreetly.

In Japan the e-cigarette device is legal to sell and use, but the resale of the nicotine cartridges themselves is illegal and they’re only available by importing from overseas. The Health Ministry has said in a notification to the prefectural governments based on the Pharmaceutical Affairs Law that an individual can import up to 1 dosage of nicotine solution for personal usage, or 120 ml, at one time.

As “vaping” is fairly new to the world there are some cloudy and vague areas with the laws pertaining to use by minors.  Technically an e-cigarette can be used without nicotine and with flavor only.  However, without testing the cartridge’s contents it’s impossible to know what the user is smoking solely by the appearance of the cartridge.

The initial creation of the e-cigarette intended to create an alternative for smokers to help them kick the habit.  However, the act of receiving nicotine from an electronic device that adds flavor to make it taste good may actually not be a helpful aid to quit but simply a switch in the medium of nicotine intake.

For the nonsmoker though, e-cigarettes are a good thing.  As users are now exhaling water vapors, long gone is the stench and toxicity of cigarette smoke that bothers others in direct vicinity of the smoker.