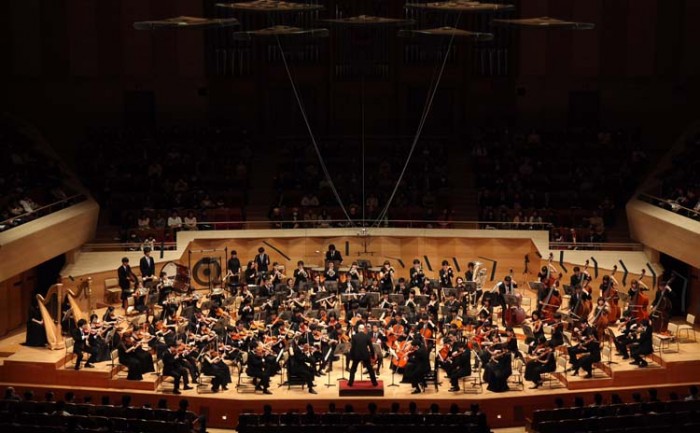 Music and art lovers will be fascinated and entertained this weekend as the Okinawa Prefectural University of Arts and the Okinawa Institute of Science and Technology Graduate University team up for the first of its new concert series.

A rather unconventional musical experiment combines sights and sounds of textile weaving and traditional music performance.

Admission is free to the Sunday afternoon concert entitled  “The Sound of Textiles.”  Doors open at the OIST Auditorium at 2:30 p.m. for the 3 p.m. concert. Seating is first-come, first-served.  ‘The Sound of Textiles’ event is the initial collaborative concert by the two universities.  Organizers say “the echoes between the process of weaving textiles using warp and weft yarn dyed in traditional technique, and the process of composing music using sounds layered through the passage of time,” is the key to the musical production.  The event is both a concert and a textile exhibition.

Less than two weeks later, OIST plays host to the Kyoto University Symphony Orchestra Strings Ensemble.  The March 6th evening concert is free, taking place at the OIST Auditorium.  Doors open at 6:30 p.m. for the 7 p.m. presentation of the program Eine Kleine Nachtmusik by W.A. Mozart, and Simple Symphony by Benjamin Britten.  The Simple Symphony is followed by an Irish Melody “Londonderry Air” by Frank Bridge.  Reservations are available online at http://www.oist.jp/reserve.

OIST is opening the doors of the afternoon rehearsal to the public, free of charge.  The rehearsal runs 4 p.m. ~ 6 p.m., and reservations are not required.