It might be natural to think that in order to achieve amazing things, one has to spend years researching, or belonging to a very prestigious institution, or having years of experience in a very narrow field. 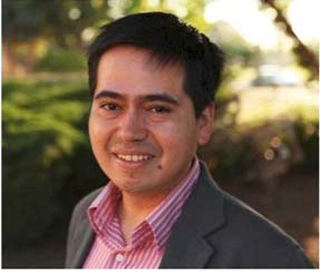 But that is becoming true no more: the means for democratizing high achievements or training in innovation are new and various; among those, Makerspaces, innovation clusters, and the Internet are on the top. About Makerspaces, Techshop is the perfect place where anyone can enter with an idea, and leave the place with a prototype tested and running. Biocurious lets young children play and learn about genes and do safe biohacking. Places like dmm.make and Leave-a-Nest are offering those spaces in Japan, so anyone can test their limits in crafting an innovation or just upgrade skills in many advanced technologies.

Currently, this knowledge acquisition can not even be achieved in every higher-education institution. Nowadays, the Internet is leveraging humanity, and letting anyone with access to it, to learn in a fair platform where not just free expression and innovation happens, but also, it is a place where democratization of knowledge is occurring. To start with, Wikipedia, which was used as the main corpus of the IBM Watson that defeated in 2011 the best Jeopardy competitors (Brad Rutter and Ken Jennings) in history, contains high quality articles that are the envy of some of the best encyclopedias compiled ever, like the Encyclopedia Britannica.

In addition to that, the compendium of knowledge that is taught over Internet is growing and becoming more detailed. Special attention are MOOCs (multi-online open courses) like Coursera or edX, where, for instance, one can be trained in AI from experts around the world, or learn many different disciplines (from history to photography), or places like Khan Academy, where junior and high-school knowledge can be transmitted in a more familiar way.

Furthermore, amazing new companies and Nobel Laureates can come from places not related with top Universities. For instance, in 2014 one of the five teams that were awarded $1 million for having successfully completed a test of their landing system for the XPrize Google Lunar X, Team Indus, is composed of people from diverse backgrounds: science, technology, finance and media, and they defeated engineers from other teams from Russia, Germany and USA.

Recently, there have also been interesting examples of even Nobel prizes in Chemistry and Peace going to people not involved in big Universities or Research Centers: Eric Betzig was unemployed when, with his own money, he developed the technique (a super-resolved fluorescence microscopy) in the living-room of a colleague, leading him win the Nobel Prize in Chemistry in 2014; and a teenager, Malala Yousafzai, not having even finished high school, has showed us an example of courage in helping girls to have access to education.

Finally, the founders of Made In Space, a Company created from the Singularity University (an amazing innovation leveraging cluster located in NASA Ames), did not have any deep expertise in 3D printing when they decided to build the first 3D printer in space for the ISS (International Space Station). They quickly acquired all that expertise from means that almost anyone could have access to almost freely.

In summary, the willingness to create something new, the current availability of knowledge, the desire to help people, and the democratization of high achievements is letting this happening. It’s a world where average but inspired people can transform the world by leveraging exponential technologies and impacting positively millions (or even billions) of people in the World.

Would you be willing to take the challenge and participate in this revolution?