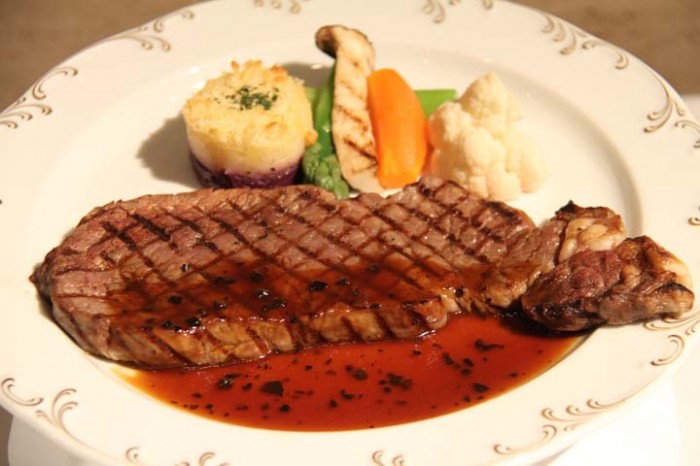 The Canadian beef has a reputation of being delicious, tender and very safe.

Most of people residing on Okinawa know about prime American beef and its Australian counterpart. But there’s now a new kid on the block that’s aiming to create a foothold in the Japanese, and wider Asian, imported beef market. 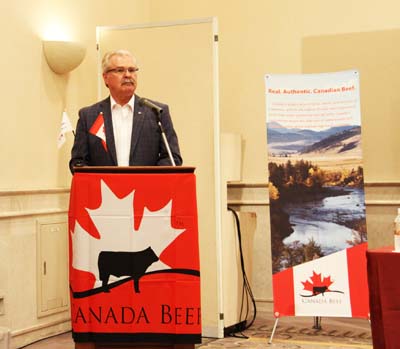 Gerry Ritz, the Minister of Agriculture of Canada making the pitch for the beef.

That’s Canadian beef. According to its website, Canada Beef Inc. is an independent national organization tasked with marketing and promotion of the Canadian cattle and beef industry worldwide. Together with Kanehide of Okinawa, the Canadian Beef Inc. held its first promotion event on Okinawa at Naha Terrace Hotel in Omoromachi, Naha City, on Saturday.

According to Canadian Beef officials, they decided to start their promotion of Canada-produced beef to Japan and Far-East Asian countries from Okinawa because its location makes it a very good stepping stone all far-east Asia.

At their presentation, Canadian Beef officials emphasized that their beef is very high quality, very tender and good tasting, and before all, very safe. All of it comes from cattle that is raised and processed in Canada, which has the only mandatory cattle identification system in North American covering all beef farmers and cattle ranchers.

To begin their efforts on Okinawa, Canadian beef will be available exclusively in Kanehide supermarkets throughout the prefecture for now.