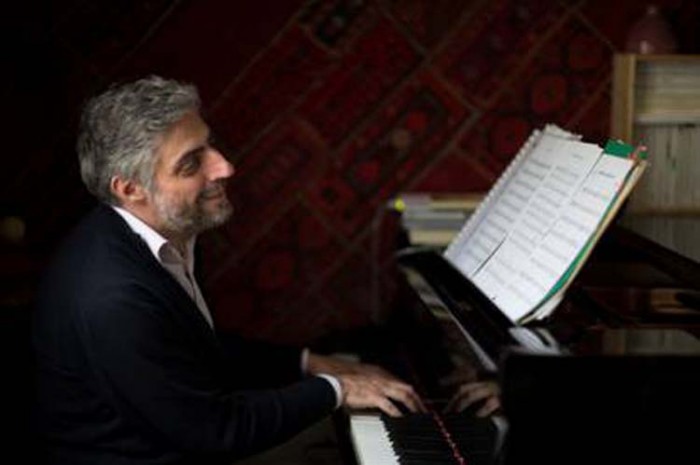 Born in Perugia, Italy, Mirabassi began playing piano when he was only three years old.  By age 10 he’d gotten into jazz, and played with jazz trumpeter Chet Baker when he was 17.  Sunday marks his first concert in Okinawa, performing at Garaman Hall in Ginoza Village.

Doors open at 5 p.m. for the Sunday, March 8th, concert that begins at 6 p.m.  Advance tickets are ¥3,500 or ¥4,000 at the door. All seats are unreserved seats.  Tickets are available at Familymart e-plus, Garaman Hall (098) 983-2613 before midnight Saturday the 7th of March. Children pre-school age and younger are not permitted at the concert venue.

The 45-year-old Mirabassi moved to Paris in 1992, and his album ‘Avanti!’ in 2001 was an unusual hit for a piano solo album in jazz.  He was awarded many prizes such as Victoire du Jazz in France and Django d’Or.  He’s a regular on the touring circuit, both alone and as part of a trio. A very popular pianist, he’s especially well received in Japan. Over the past ten years he has produced a dozen CDs and DVDs, some of concerts released only in Japan.

In the upcoming concert, the first part is for his solo piano renditions and the second part is his new trio performance with Laurent Vernerey  on bass and Lukmil Perez playing drums. Plans call for Mirabassi to play anime songs of Studio Ghibli from his new anime song book.  This is a special chance to enjoy his play in Okinawa.