Time to get ready for World Education Games

The World Education Games (WEG) are returning for October 2015, and the pre-registration is now OPEN! 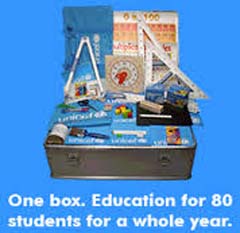 Wildly popular with kids around the world, the games were held in March until 2013. WEG is run by 3p Learning Ltd. The company took a break in 2014 to re-tool in order to accommodate the participants whose numbers had grown to the millions. Pre-registration is open now for the October games.

In Okinawa, since that year, the I Love Okinawa Campaign(R) has endorsed this fun and great event. We first found out about it when we visited Kadena Middle School students, and witnessed first hand the excitement of this “real-time-on-line” competition. We loved it so much we contacted the company. The first Japanese posters were produced for Okinawa,  http://www.iloveokinawa.org

Students create their own avatar for the games. Teachers register their classes and assign usernames and passwords to students. Students can practice before the competition the month before and participation is FREE!

Students not only participate with kids around the world, they challenge their individual scores against the clock together. As an option, they can collect donations for the UNICEF School in a Box Project with basic materials for 80 students for a year.

From 2011 to 2012, we promoted local participation and sponsored orientations in Okinawa City and at the Seaside House on the OIST Campus. Onna Village Board of Education did a test run at Afuso JHS while the Okinawa AMICUS International brought a busload of kids for the orientation. I am happy to say that the AMICUS students had a great time. As reported by AMICUS, students raised \38,180 for UNICEF’s School-in-a-Box program providing for two UNICEF School-in-a-Box learning kits. This was a great effort by the students and teachers. I am happy that they answered our request for participating in this trial run.

On-line orientation is being updated. It’s time to get ready to incorporate this in the next school year’s plan.