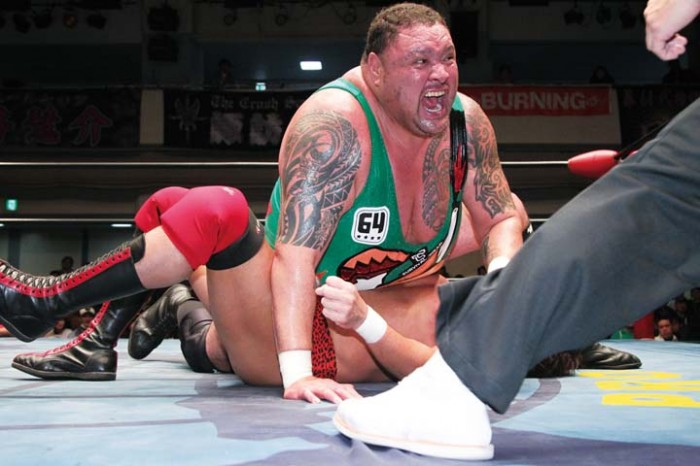 Akebono has opponent in a pinch.

Professional wrestling champions are going into action Sunday at the Okinawa Convention Center, with sumo great Akebono headlining the card. 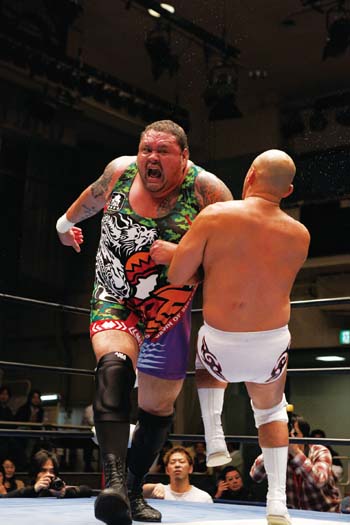 When Akebono charges, nothing stops it.

Akebono Taro, a former sumo wrestler who became the first foreign-born yokozuna or Grand Champion, comes to the island from Hawaii to compete in the action Sunday afternoon.  He’s but one of a handful of professionals competing in both singles and tag team matches.  The Champion Carnival begins at 3 p.m. at the Okinawa Convention Center in Ginowan City.

For the Champion Carnival 2015 B block official match, a one-game match with 30 minutes time limit, it is Akebono vs. Zeus.  Other official matches with the half-hour time limit, are Suwami vs. Yutaka Yoshie and Go Shiozaki vs. Takao Omori. The Japanese website on the bouts is www.all-japan.co.jp.

Akebono, born Chad Rowan in Hawaii, began as a professional sumo wrestler in 1988, working his way up to being sumo’s highest rank Yokozuna in 1993.  He’s the first foreigner ever to attain the rank.  After retiring from sumo, he worked as a sumo coach before looking to new pastures. The 203cm tall Akebono tried a career as a K-1 fighter before moving into professional wrestling.  Now performing in the All Japan Pro Wrestling Association, he holds the Zero 1 World Heavyweight Champion title. 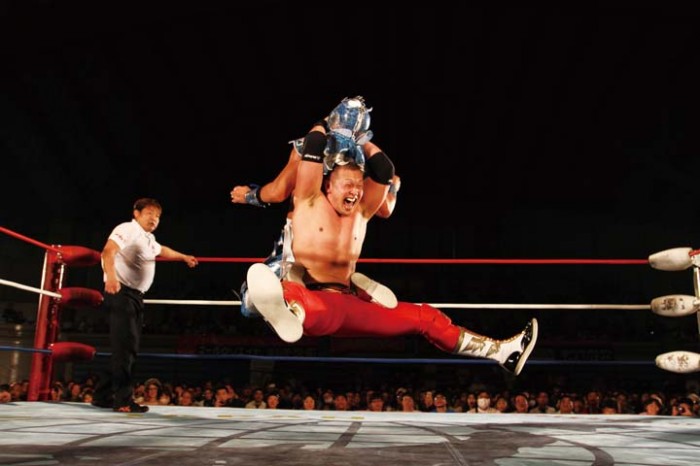 The Sunday event promises plenty of spectacle and rumble.