Good planets are hard to find. On this one, “massacres” look like the most common trait of its occupants of all creeds and colors. Thou shalt not kill… 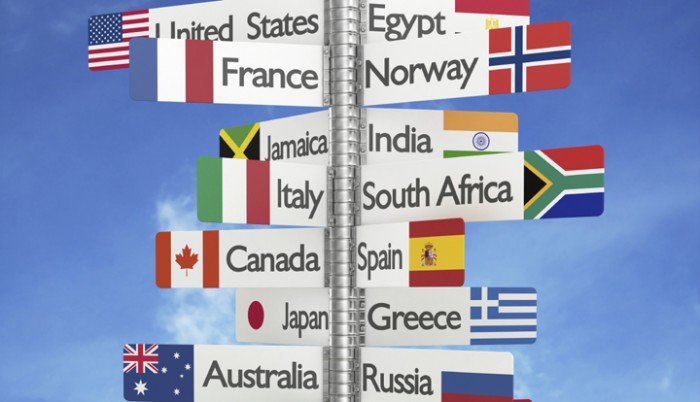 Some thoughts about what is In the news. Wreaths have been placed in Palau to honor those lost 70 years ago. Millions died and millions suffered. Many things come to mind as the word “democracy and human rights” become an illusion in order to satisfy moral thirst born from the heat of rhetoric in the desert of campaign promises broken. If a person is hired for a position based on the promise of doing a job, should they be fired for refusing to do the job promised?

Former Japanese suicide bombers known as Kamikazes (those who survived), Zero Pilots and former soldiers are speaking out in their old age hoping to do what they can to prevent a return to war. Nonetheless, these war-veterans for peace are aghast when in any crowd, when youth are asked if they would go to war, hands will always go up. It is necessary to be ready to defend one’s country. Are their any good wars left? Theirs is honor in wanting to serve and protect.

What was it for? Some say the Asia-Pacific War was one of liberation where Japan brought the torch of freedom to Southeast Asia. While others say that the region was simply “torched”.  Tokyo and key cities in Japan were “lit up” finally ending with the big bangs in Hiroshima and Nagasaki.

On the TV news these days, the keywords of peace and democracy float to the surface of our daily dose of 70th anniversary coverage. The textbooks have been approved for the 2016 school year. Publishers who submit texts for the review committee are doing so under new guidelines. According to the Kyodo Jiji Apri 7 story in the Japan Times: The latest screenings, whose results were announced Monday, were the first to be conducted since the government revised textbook screening guidelines in January 2014. The guidelines now require textbooks to reflect the government’s position on history and territorial issues.

The present government shows an unabashed desire to return to pre-war Japan. Okinawa is not Japan and never will be. Government attitudes towards Okinawa have followed a pattern, which must surely bring shame to anyone who call themselves defenders of democracy. Transparency is the key. Prime Minister Abe will be addressing the congress on April 29th, on Showa Day, a Japanese holiday honoring the birthday of the late the Emperor Showa (Hirohito). The Prime Minister is also a leader in the Nippon Kaigi http://en.wikipedia.org/wiki/Nippon_Kaigi

According to the US State Department’s definition of a terrorist, George Washington and the USA founding fathers would have a price on their heads and would be droned. What version of history is being taught in the US about the Pilgrims and Native Americans? Why would Eisenhower be considered a war criminal. Feel free to surf away to answer why?

Spain and Mexico, is the holocaust brought upon the new world by the “Conquistadors” taught in school? CIA intervention in democratic elections in Okinawa and around the world… the Cuban-Okinawa-Missile Crisis during the Kennedy administration. Yes, Okinawa had missiles too.

I grew up on Canary Islands, Spain. A teacher, when asked why we were not taught local island history, replied that the pre-conquest population were all savages with worthless history, besides that, there was no proper text-book. There was but not sanctioned. The teacher was from the mainland. At that time the local flag was considered illegal. Displaying or flying it would lead to abuse and arrest. Even some old folk songs were considered subversive and not allowed.

What version of history will be approved by the government in the future? I keep hearing about the “masochistic” view of history in Japan. Nothing is more “masochistic” than to knowingly re-create a situation, which ended up inflicting great pain and suffering. They cannot be blamed for what their grandparents did unless, of course grandpa left a “How to Manual.”

We need to be on the same page when it comes to studying about the war. What is happening in China? Can people find anything about the Tianamen Square massacres.

How is the Holocaust taught in Germany? Collective responsibility is encouraged in order to prevent history from repeating itself. The Ministry of Education in Japan (MEXT for short) is actively promoting the concept of creating a generation with critical thinking skills and the ability to debate world issues as “Global Citizens”. Where do they start debating about history if they have been educated with an official history? Does this happen in the USA? What about the other global citizens in Korea, China and Russia? It’s time that we create a World history of parallel chronologies so that our “Global Citizens” can follow up on the meanderings of the human race living on this small planet. What are the top one hundred key words in world history? We need to be on the same page by the 75th anniversary of the war. Right around the 2020 Tokyo Olympics.

What are the top one hundred key words in world history? We need to be on the same page by the 75th anniversary of the war and by the 2020 Tokyo Olympics.

Yesterday was Earth Day. World leaders are gathering in Indonesia for the Africa-Asia Summit while China announced its new Asia bank (minus the US and Japan). It might be worth googling “Free West Papua” to see how these meetings fare in the balance of human rights.

According to the NHK “Close up” news commentary, people who knowingly buy kidnapped children in China, do not suffer any criminal charges as long as the child is not abused. WOW! This kid snatching might be a reflection of a wider pattern from poaching Red Coral in Ogasawara seas to polka-dot artificial islands in the Philippine Sea.

It is hard to understand that those who want to restore HH The Emperor as the head of state, seem to ignore (while hailing in Banzai) the Imperial Family’s suggestions and public comments towards reconciliation and a “correct” view of history. Perhaps correctness in history is in the eyes of the beholder. I write this as NHK rolls post-war footage of HH Emperor Showa (Hirohito) and General MacArthur, the Japanese reverence for the Emperor and the 1948 Tribunals, the first in a series. This is what is needed in school. What will the new generation think about in absence of historical points of reference.

Eyes and ears are on Prime Minister Abe, from Indonesia to D.C. to the New York Times.  His idea of history and how it should be taught might be lost in the smoke of TPP smiles and handshakes. Even in the US, the role of Okinawa in the Vietnam War is being forgotten. This Japan Times story gives a good picture as to how we who live in Okinawa have been connected in sometimes contradictory ways. The “Writing is on the Wall” from Itoman’s Cornerstone of Peace to the Vietnam Veterans Memorial.

Malala who received the Nobel Peace prize at 17 years of age will be featured in the English texts. I highly recommend her book, “I am Malala”. Another book I highly recommend is: A WORLD WITHOUT ISLAM by Graham E. Fuller, Former Vice Chairman of the National Intelligence Council at the CIA. Both of these books would be great additions for the “Commandants List”.

Get ready for the beach, leave only footprints and pitch in to keep Our Oceans healthy. The Okinawa Clean Coast Network (OCCN) is getting ready for the “MARUGOTO (All Island) Beach Cleanup” from June 6 to July 31st. July 4th Beach Cleanups and Eco BBQ’s welcome.

For comments and suiggestions on this article, please contact edo@okinawaocean.org.