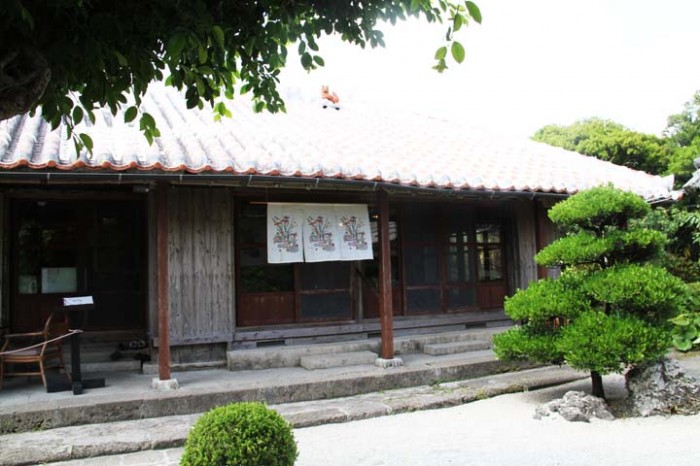 The restaurant building is registered as a National Cultural Property.

Yagiya is an old folk house Okinawa Soba restaurant so important to the island’s history that it is registered as a national cultural property. 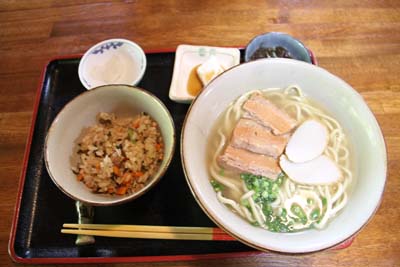 A traditional Okinawa soba is one of the three available menu selections at Yagiya.

The honor came in November 2011 in Ooton, Yaese Town for the house identified by the name ‘Yagi’, one of the original names of an Okinawa district, and ‘Yagiya’ comes from a house of Yagi. The property was transformed shortly after World War II ended, when it belonged to the first generation of the Yagi family. The home is a tile roofed house. The property has been in the family for more than 100 years and the main house is about 65 years old.  The current owner’s grandfather, as the first owner, had a hard time to find timber for making a house due to the post-war shortage.  It was known by local people that he went to collect lumber from stores and lumber ships many times.

He put some ideas of Chinese feng shui into Yagiya.  The house is filled with details of its layout, a gate, a well, stable, walls, and even the height of steps and plants. 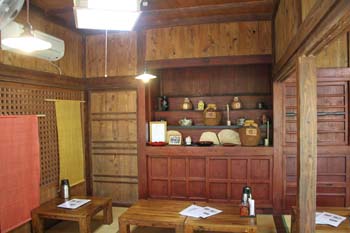 The interior is pure traditional Okinawa.

Today, Yagiya simply offers three kinds of soba such as simple orthodox Okinawa soba, sea weed kneaded green soba with more seaweed topping on top and soymilk soba of the noodles made by 100 % soymilk with topping of hard tofu.  Their noodles are firm, however, go down smoothly.  Other than single soba, there are some set menu items including the soba and flavored steam rice set, and soba and pork, or the vegetables boiled with soy source set.  In addition, they have desserts like arrowroot cake with brown sugar.   Other than the dishes, people can relax and enjoy the old house and atmosphere.