Okinawa has plenty of hangover cures

On the island of Okinawa there are few entertainment options at night during the week and on weekends that don’t involve having a few drinks… if you are into this kind of shenanigans.  The next day, we often recite our regrets as our pounding heads act as a reminder that again, we may have overdone it, we feel hideous, and the show must go on. Good news! This might be your lucky day.  The local people of this island have concocted a reliable list of cures for what ails us, a.k.a. that horribly crippling self-induced hangover.  This is one to post on your fridge for future reference. 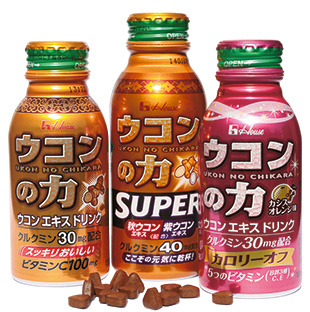 Many locals swear by the power of ‘Ukon’ or turmeric after a night of overindulgence.

The first cure is called ‘Ukon’, which in English is called Turmeric. If you don’t know what Turmeric is, it’s a bright yellow aromatic powder obtained from the rhizome of a plant of the ginger family.  Traditionally, it has been used for flavoring and coloring in Asian cooking, and formerly also as a fabric dye. Okinawa is known for having the highest number of living centennials on Earth. Is it possible that this could be attributed to the Ukon?

Japanese convenience and drug stores are crawling with specially formulated magic potions and my personal favorite is called ‘Ukon.’ Correction, it contains ukon but is actually called Ukon no Chikara, which translates to ‘Power of the Turmeric.’ The company claims that their mixture of turmeric contains vitamins and ‘god knows what else’ to help aid the function of the liver. My advice is that you will want to drink this before and after a heavy night of drinking, and next day you will feel as if a miracle had been performed. Actually, you will feel incredible. If it has this effect on the body and mind then why not drink it before going to bed every night, to feel incredible on a daily basis.

Pocari Sweat sports drink is good for you any time.

The next item is a general, all around feel good drink that is consumed when you think water is not quite enough. Through marketing, we have become convinced that water is lacking one main ingredient that is pretty much the main cause of any ill feelings; ‘electrolytes.’ Of course, in Japan these electrolytes are usually referred to as ‘ions.’ Regardless of the shorter name, they hold the same mystic ability to ‘heal’ you.   One such product would be Pocari Sweat.  It is packed with ‘ions’ and is the equivalent of a North American sports drinks called Gatorade.  This drinks claims that any withered-out husk-of-a-human will be instantly transformed into a superstar athlete. If you are anything like me, on severe hang over days, I am willing to believe any type of advertisement and drink any snake oil potion to subdue my agony and discomfort, even if it is merely a placebo effect. 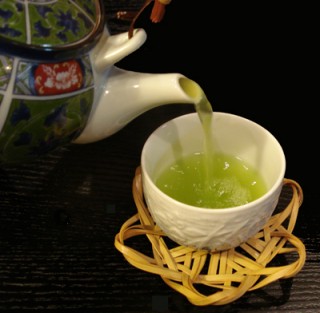 Green tea is a cure-all in Japan, or at least detoxifies your liver.

One more Japanese beverage that is sure to sooth your hung over soul is regular green tea. Green tea is simple and high in antioxidants which will be sure to combat all the whiskey and beer oxidants you consumed the night before, as well as detoxify your sad and broken down liver. Be forewarned, that Green Tea actually contains a fair amount of caffeine so it won’t help you sleep off the hangover. The stimulation that you get from the green tea will help you walk upright like the triumph of evolution instead lying, face down in fetal position, hanging on for dear life through the entire next day. 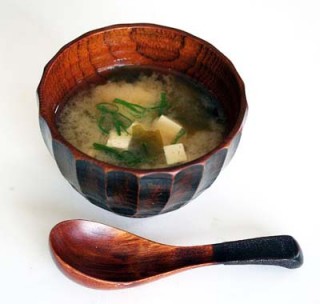 Some people believe Miso Soup cures hangover – if it stays inside.

An honorable mention goes to Miso Soup which is chock full of beneficial bacteria, enzymes and nutrients that can aid in undoing some of the damage that you have wrought upon yourself. Although a disclaimer must be made that if you don’t think you are capable of actually stomaching food, we take no responsibility for your body’s projectile rejection of said Miso Soup soon after its consumption. Thus, know thyself and approach with caution.

This island is full of cure-alls at your finger tips.  Fortunately, you are able to live off the land and cure all of your ailments naturally. Albeit, purchasing products from a convenience store is not exactly living off the land but being able to head over to your local convenience store after a long night of immoderation can help you to appreciate that the only first world problem you have that day is not to source out food for life giving nourishments, but to sooth your overindulgence of alcohol.