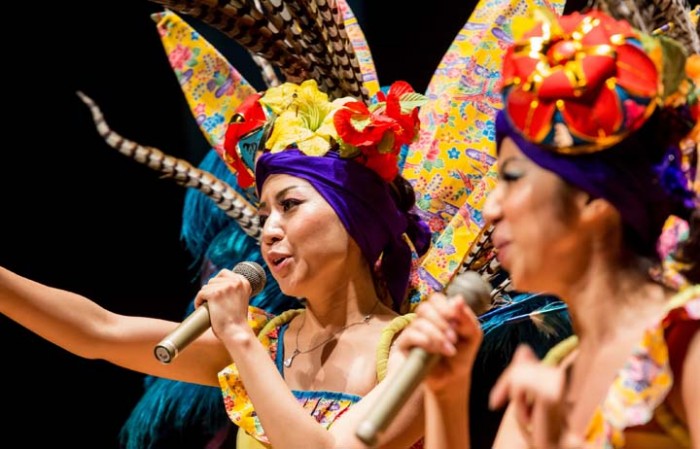 Miyagi Sisters are the driving force behind the samba event.

Samba developed in Brazil in the late 19th century and from there it has spread all over the world, not the least because of the exotic carnival scenes of Rio and other Brazlian cities made famous by movies and documentaries.

In Okinawa, popular local samba dancers Miyagi Sisters from Naha City are hosting a samba event this Sunday at Okinawa Women’s Center Tiruru in Nishi, Naha City. The event starts at 2 p.m. with the doors opening 30 minutes earlier. Tickets to the event are ¥2,000 in advance and ¥2,500 at door. Pre-school age and younger children can enter free with their parent. Women’s Center Tiruru is located right next to Pacific Hotel in Naha. 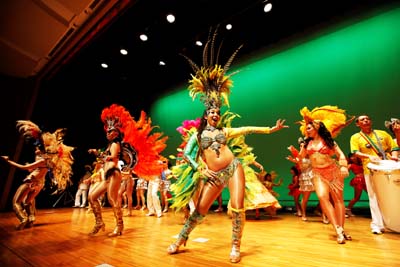 For most, Brazilian samba and carnival are one and the same.

The Miyagi Sisters play an active role in the local samba scene in Okinawa. They also work as professional samba dancers and singers in Brazil, and are among the busiest performers in Okinawa.  Their music video can be seen at http://miyagi-sisters.jimdo.com/mv/

Miyagi Sisters, their friends and people who love samba are scheduled to entertain audience with a show featuring a variety of samba styles.  Kids’ samba, dance group ‘Andarginha’ show, and a performance of the Miyagi Sisters’ new song ‘Chimu BomBom’ will be on stage. One of the highlights of the show is the live performance of ‘Banda Do Sao Vicente’, a samba percussion group under instruction of Brazilian musician from the Brazilian city of Sao Vicente that has a sister city relationship with Naha City.

To warm up the stage and set the mood right from the outset of the event, guest dancer Jin performs the opening act. He’s a recognized pioneer of samba in Okinawa and a former member of Tokyo Ballet. He has been a professional jazz dancer in Hollywood, and is the founder of the authentic samba AXE team ‘Festa Mareira’ in Okinawa.

This event is one to bring the real carnival atmosphere of Brazil to people of Okinawa.