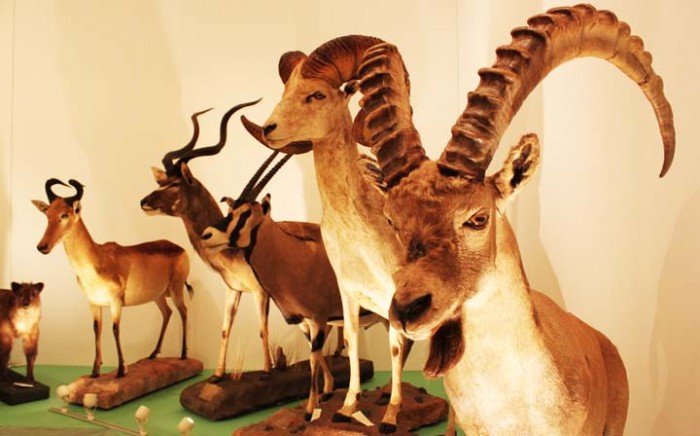 The exhibition consists of stuffed large animals from every continent.

A large collection of stuffed animals and animal skeletons is currently on display at the Okinawa Prefectural Museum. 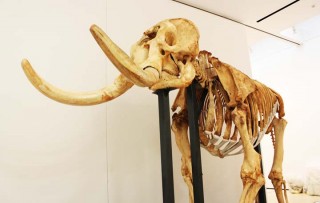 A complete skeleton of a full-grown African elephant dominates the exhibition.

The collection, known as the Yoshimoto collection, consists of some 150 stuffed specimens and skeletons of mammals from all over the world. It is an academically highly valued stuffed animal collection that W.T. Yoshimoto (1909~2004), a second-generation Japanese American from Hawaii, donated to the National Museum of Nature and Science. The exhibition attracted more than 800,000 visitors in Tokyo and Aomori where it toured before coming to Okinawa. 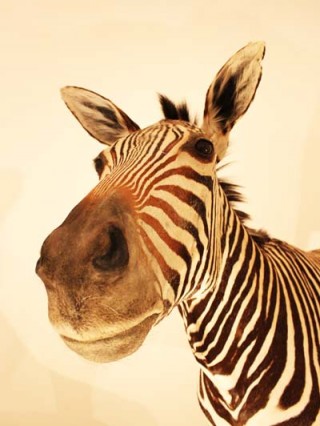 Stuffed specimens of mammals living in various areas of the world will teach visitors about the process of evolution, the animals’ body structures and how they lived. The collection includes a booth where visitors can touch animals’ bones and fur. There’s also a display of a full-size skeleton of an African elephant, the biggest land-living mammal in the world. Visitors can take pictures of the displays.

The original owner of the collection, Watson T. Yoshimoto, was a son of a Japanese immigrant to Hawaii who founded the O’ahu Construction Co. that eventually became one of the largest construction companies in Hawaii. After selling the company, he founded the W.T. Yoshimoto Foundation, a non-profit organization dedicated to the protection and perpetuation of wildlife, and promoting sport hunting as a wildlife management tool.

Yoshimoto was an avid game hunter who made hunting trips to 43 countries on six continents, and the collection originated from these trips.

The exhibition in the Prefectural Museum in Omoromachi, Naha, runs through Sep. 6th daily from 9 a.m. to 6 p.m. with last admission at 5:30 p.m., except on Mondays, when the museum is closed.

Admission to the exhibition is ¥1,200 for adults and ¥600 for elementary, junior high and high school age children. Tickets for children aged three through six are ¥400.