V.K. is back to promote 5,000-year-old health food cuisine ideas

This is the message that Kamath “V.K.” Vaman wanted to convey to his ma 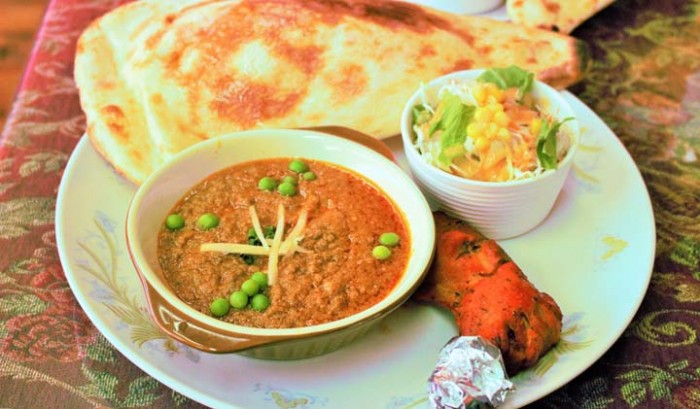 All meals Ayurveda serves are made strictly according to 5,000-year-old Indian principles of health and balance.

ny friends and fans here in Okinawa. At the time of this writing, V.K. has been back in Okinawa just four months and, since August 1, he has been doing what he has spent the past two decades perfecting: providing the people of this island with the very best cuisine from his native India. 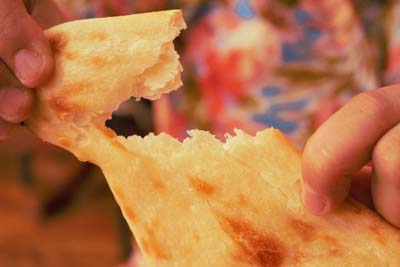 Ayurveda has its own bacon naan.

“I first came to Japan 33 years ago,” says Kamath Vaman, owner and operator of Ayurveda Restaurant. “In India I was in the hospitality industry for several years.” It was during his tenure working in a hotel in Bombay (Mumbai) that he met his future wife, a Japanese national who was vacationing in India. Over five years – and multiple vacations – the couple got to know each other, married in India, and soon after, moved to Japan. With his hotel food & beverage background, turning restaurateur seemed a natural progression. Although based in Osaka, V.K. actually spent two years in Okinawa, running a restaurant in Uruma City. It was a good two years because he made many friends and collected his share of fans. When the opportunity to return presented itself recently, he took it, and Ayurveda Indian Restaurant & Bar was born.

Located just off Route 330 across from the Bank of the Ryukyus at Goya Interection in Okinawa City (https://goo.gl/687y7I), the small restaurant is different from the rest in two ways, V.K. says. The first, he says, is his own experience. A lifetime working in hospitality and, 20 years owning and operating Indian restaurants makes for quite a bit of expertise. The second, he stresses, are the core principles of Ayurveda, which are health and balance. 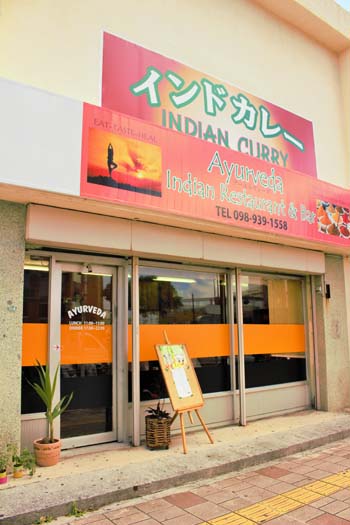 The restaurant is located on Route 330.

The two Sanskrit words that combine to make, “Ayurveda,” mean, “life” and “science.” “Ayurveda,” V.K. explains, “is a 5,000 year-old science which considers food as a medicine. Different foods, different spices and tastes, have medicinal properties. If you do a [web] search on it, you will see.” Indeed, a quick web search reveals a plethora institutes, organizations, natural healing centers, and – yes, restaurants – centered around this ancient Vedic system. Now, there is one in Okinawa.

V.K.’s chefs follow the conventions of Ayurveda cuisine and create special cuisine based upon the idea that a flavorful diet is what is best for the body. “Flavorful” in Ayurvedic terms means that each meal must contain the six prescribed tastes that promote health. These are: sweetness, saltiness, sourness, pungency, bitterness and astringency. V.K.’s menu faithfully follows this prescript.

For now, Ayurveda serves the cuisines of northern India. “In fact, ninety-nine percent of the Indian restaurants in Japan serve northern Indian food.” V.K. says. “The style of curry, and other dishes that you see everywhere are all from the north.” Soon, however, V.K. plans to add dishes that reflect his southern Indian roots. Dishes such as coconut curries and seafood dishes that are absent from more northerly menus will soon find their way into a menu, which, even now, reflects V.K.’s own style.

The other hard-to-find offerings in this restaurant are the items that are not on the menu. “If a customer wants goya (bitter melon) curry, I will make sure that he gets it.” V.K. says. “And, it will be healthy and delicious.”