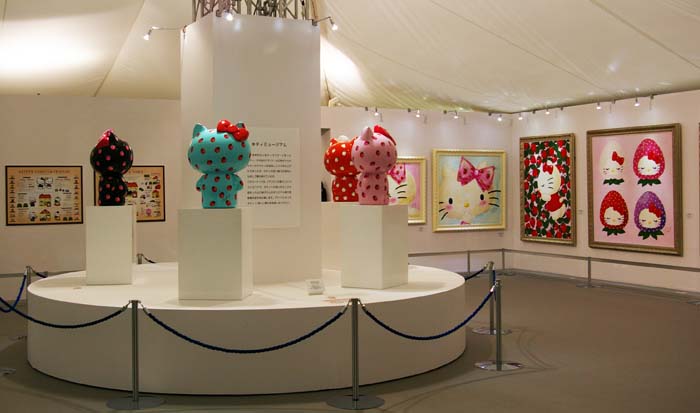 The exhibition features items from the 40th anniversary of Hello Kitty.

Sanrio Co.’s Hello Kitty character, a Japanese white bobtail cat with a red bow, is one of Japan’s most loved and admired characters. Hello Kitty celebrated its 40th anniversary last year, and is now more popular than ever. 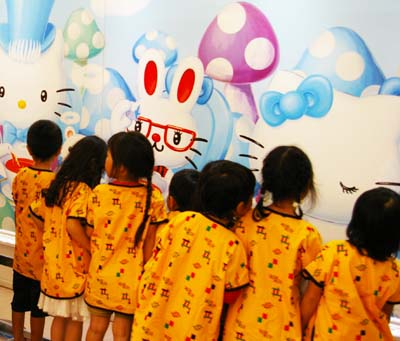 Originally created by Yuko Shimizu, the character appeared first on a purse in 1975. It was introduced to the U.S. a year later. Since then, Hello Kitty has grown into a $7 billion a year business, amazingly without any advertising, and is now known practically everywhere in the world. About 50,000 different kinds of Hello Kitty goods are sold every year in 130 countries.

The current head designer of Hello Kitty is Yuko Yamaguchi, who is the third designer of Hello Kitty since the character’s introduction and has been on the job since 1980. Yamaguchi says, “Kitty is not only for me but everyone, so I want to create a Kitty that people want.” Obviously she knows what they want, as she has produced new Kitty characters every year for more than 30 years. 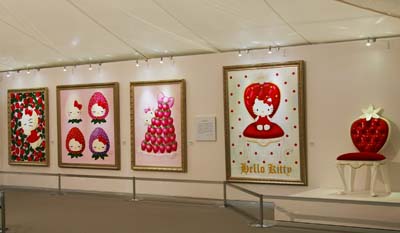 Many of the items are on Okinawa for the first time ever.

An event at the Event Court on the first floor of Toyosaki Life Style Center Tomiton in Tomigusuku City, displays about 150 pieces of work for the new “Alice Kitty” that was produced to commemorate the 40th anniversary. The exhibition also includes designs and drawings of Kitty going back to her debut in 1975, including a coin case, wristwatch and telephone from that year. Seven large drawings on Alice-theme are shown for the first time in Okinawa.