NEXCO, the company operating the Okinawa Expressway announces that it’s doing maintenance and repair work on two bridges, one between Yaka and Kin and the other between Ginoza and Kyoda. 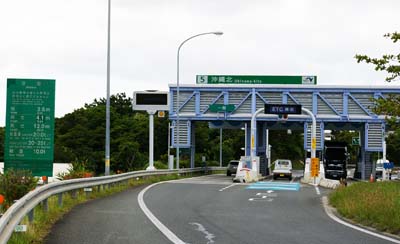 Bridge maintenance work could cause traffic jams on Okinawa Expressway.

Because of the work, one side of the expressway at both locations will be closed for traffic during the construction period and the lanes will be merged on the other side of the road. The construction is expected to last through the end of March, but the company warns that there could be delays due to bad weather conditions.

The work is done to replace the old bridge deck slabs, and the traffic at the construction sections will be blocked one side at a time until all work, including laying new black top is complete.