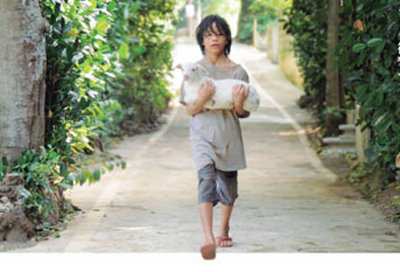 Goat Adventure is one of the Okinawan movies featured at the drive-in theater on Chura Sun Beach.

Drive-in movie theaters saw their heyday in the U.S. in late 50’s and early 60’s, and some of that nostalgia comes now to life, although only for three days, at Chura Sun Beach in Tomigusuku. The drive-in theater is part of Okinawa International Movie Festival organized annually by entertainment company Yoshimoto Kogyo. The screen will feature two daily movie shows from Mar. 4th through 6th.

The theater, a joint venture between Yoshimoto and Cinema Circus, an Okinawan entertainment group, shows Okinawa-made movies on a 300-inch screen that viewers can watch from their cars. Admission to the shows is free, but patrons need to purchase an admission ticket to their cars in advance from a FamilyMart Famiport ticket vending machine. The fee for the Famiport is ¥108. 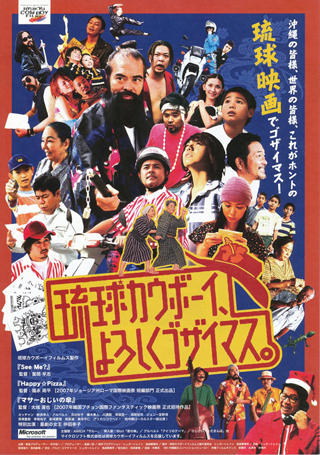 Ryukyu Cowboy is another less-known movie that was made in Okinawa.

Besides the movies, there are booths to buy food and drinks, including the popular Scarpetters’ pizza bus. Before the movie shows, comedy and super hero shows take the stage in front of the movie screen.