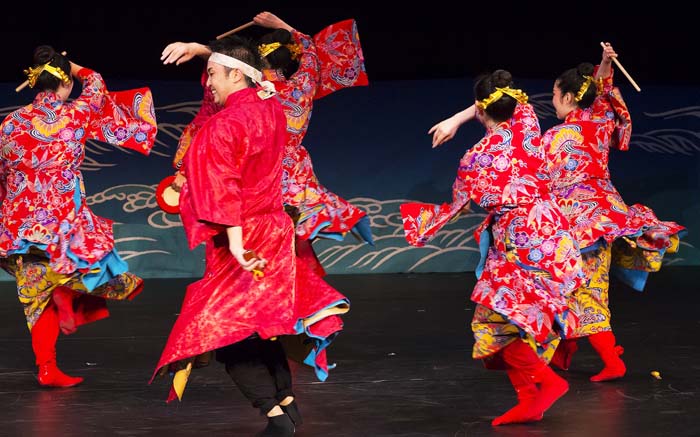 Okinawa San San is a unique musical performed in Okinawan traditional style that the National Theatre Okinawa brought to the stage for Okinawan audiences for the first time a year ago. 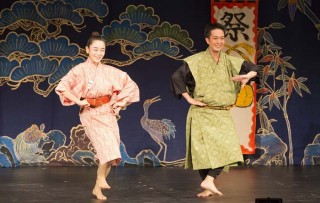 The story revolves around the love story of a young couple.

The music and dance show was also presented in 2014 at the highly regarded Festival d’Avignon in France, where it won the highest five-star rating. It also won high marks at the Edinburgh Festival in Scotland in 2015. The two are among the three largest performing arts festivals in the world.

This year, the Okinawa General Bureau is presenting a free-of-charge trial play of the Okinawa San San musical as a part of a research project basically targeting overseas tourists. People who wish to see the performance are required to make advance reservations on the special homepage, and will be asked to answer a questionnaire after the show. 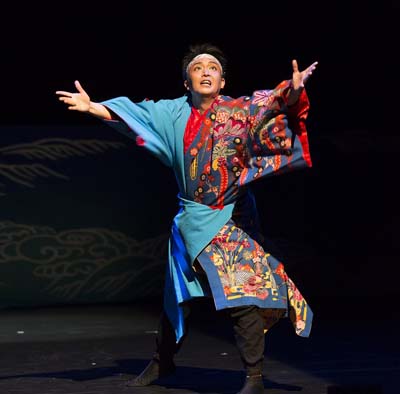 The young cast really put their soul to the performance.

The free performances take place at Gallery & Hall Space Art at 3F, 2-12-24, Kumoji, Naha City between Feb. 6 and 11. However, seats for the shows on Feb. 6 and 9 are full, but still available for shows on Feb. 7th (Sun), 8th (Mon), 10th (Wed) and 11th (Thu). All shows tart at 20:00. Oraganizers advise that there are no free parking spaces available in the areas near the venue but there are several pay-parking facilities in the area.

The storyline of the show is about a young fisherman and a shy girl who lived on Okinawa over 140 years ago in the Ryukyu Kingdom era. People living in their village cheer and celebrate the young couple’s love with live music by violins, sanshin and percussion. The passion of the young couple and the energetic dance and songs of villagers are what make this performance very attractive.