The Miss Universe Pageant has been on the yearly calendar over 60 years since Armi Kuusela from Finland was selected the winner of the contest in Manila in 1952. For this year’s pageant, the beauty representing Japan will be chosen on Dec. 10th in Tokyo. Of the 47 finalists, one representing each prefecture of Japan, one will go to the Miss Universe pageant finals. Over the years the event has changed and organizers now say that the winner should have more than pretty face and body. She should also be intelligent, emotionally mature, represent humanity and be confident. 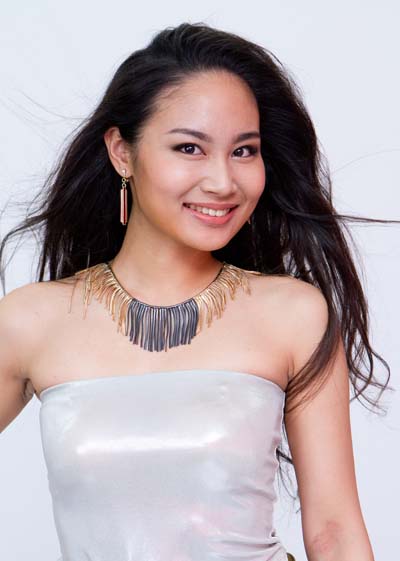 Konatsu Itokazu is selected to represent Okinawa this year in the Miss Universe Japan contest in Tokyo in December.

During the year, these 47 beautiful Japanese women will be engaged in breast cancer charity and promotion activities. On Feb. 16, they started a “beauty camp,” in which they are trained in such skills as hairdo, makeup, walking, posing, and communication skills. The camp will continue until the final selection.

Konatsu Itokazu was chosen Miss Universe Okinawa 2016. She was born and grew up on Tokashiki Island until when she was 14 years old. She says, “There weren’t any game arcades or convenience stores at the time, so I used to play and swim on a beach in front of her home. I ate boiled shellfish and nuts that I don’t know the name of.” She admits that it perhaps was dangerous, but however, “It’s one of my memories.” Now she works at a ticketing counter at Naha Airport, and says she loves learning new things every day.

Okinawa has had some success in Miss Universe pageants. In 2006, Kurara Chibana from Naha finished as the 1st runner-up in the contest. In 2007 the winner was Riyo Mori from Shizuoka, Japan.

Who will be Miss Universe Japan 2016? You can vote via facebook, and when you do, vote for Konatsu Itokazu. The website is http://lana.co.jp/omuj/601/, and click on “five stars.”