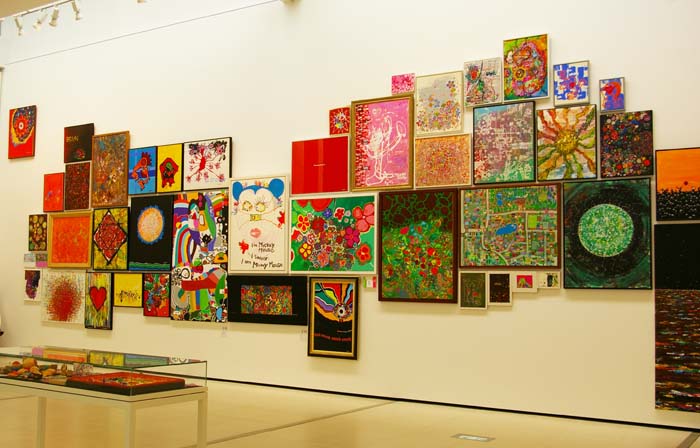 Kinashi’s works are praised for his bold use of color and composition.

Noritake Kinashi, best known as a popular comedian and multitalented entertainer in Japanese TV, is also an avid painter in his private time. 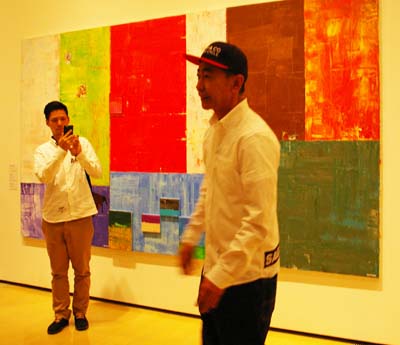 Noritake Kinashi is a familiar face from Japanese TV programs.

An exhibition of his more than 300 works that he created over a span of 20 years between 1994 and 2014 will be on exhibition at Okinawa Prefectural Museum & Art Museum from Feb. 9th through Mar. 21st.

The exhibition started in Ueno, Tokyo, in 2014, and has attracted about 370,000 people as it moved across the country. Works from this collection were also on exhibition at hpgrp Gallery in New York last November. The final exhibition of “The Work Between 1994-2014 is held on Okinawa.

Kinashi started painting because he was cast as a painter in a TV show. He held his first solo exhibition in 1994. After his initial exhibition, Kinashi started to devote his free time to creating pieces of art, while continuing his career as an entertainer. 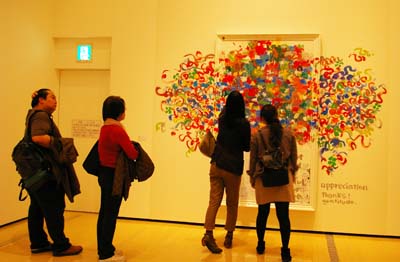 The exhibition consists of a variety of Kinashi’s works, like paintings, drawing, art objects, footage, graphics and more. Noritake’s works are heavily influenced by pop, graffiti, and neo-expressionism. They are characterized by a bold use of color and composition while, at the same time, scrupulous and subtle. His colorful and freewheeling works are said to energize people who see them.

The Noritake Kinashi Exhibition run at Okinawa Prefectural Museum & Art Museum from Feb. 9th through Mar. 21st. The museum is open Tuesday through Thursday and Sunday from 09:00-18:00, Fridays and Saturdays until 20:00. It’s closed on Mondays.