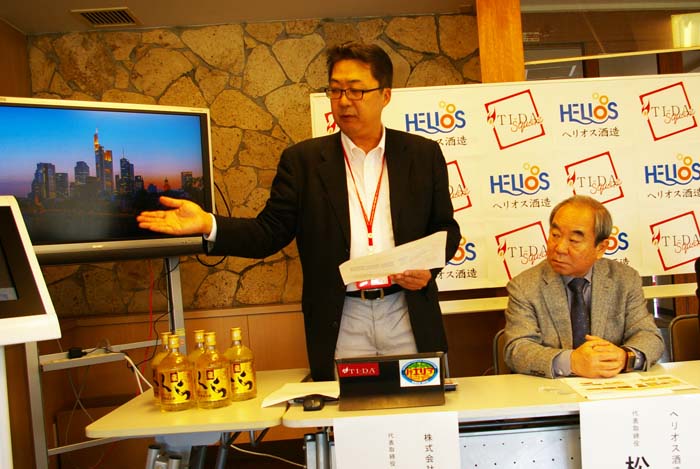 Ti-da Square, an IT company and administrator of the largest blog website on Okinawa, released a new web-based service in Jan. 2016.

Ti-da Square has offered digital signage service, which introduces Okinawan sightseeing spots, restaurant information, beauty shops and more in multiple languages at hotels in Naha since 2013. It’s been a very useful information tool for tourists, but was not really for locals.

Now that useful information has been available on smartphones since January this year. Just find and get an application named “Teteru” from Google Play (not available in the Apple Store yet) into your Android device. Apple users can just go to Teteru’s official website to get the information including any coupon by their mobile device or even PC. The website is at http://okinawateteru.ti-da.net There is a lot of English language information about Okinawan local restaurants, for example.

The second new tool is automatic translation service. It’s basically a pay service, but if you write your blog on the Ti-da platform, you can choose the language to translate, and the blog is translated automatically into the chosen language.

Ti-da Square Chairman Hiroshi Shimada says Okinawan companies, which offer services to foreign tourists are still not up to par, even if they want to get the tourist customers. “They could use our system by writing their own information on their Ti-da blog, and it is translated very soon and shows up. They could attract more customers easily, and also, for example, make a description on each item at a souvenir shop or each dish in a restaurant,” Shimada explains.

Up to now, the system is only able to translate from Japanese to other languages, but Ti-Da Square aims to offer translation from foreign language into Japanese one day in the future. That would enable a foreigner communicate with Japanese in Japan more easily.